Manchester City Council is urgently refreshing its culture rescue plan as annual analysis shows arts organisations' value to the city - and their immense vulnerability from April. 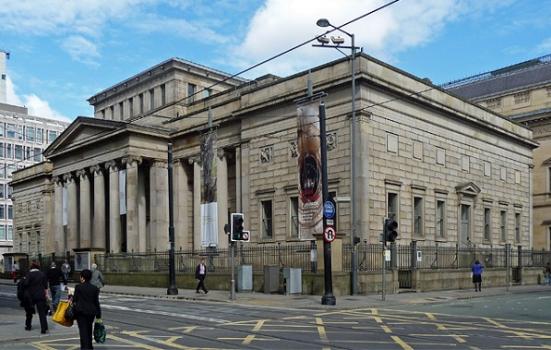 Creative organisations and individuals will be in "an extremely difficult financial position" from April, Manchester City Council warns.

The sector contributed nearly £292m in economic and social valueto the city in 2019, including £6.3m cost savings for the NHS, according the the local authority's annual Culture Impact Survey.

However, the report also highlights the vulnerability of 47 of Manchester's arts and cultural organisations: despite their high impact, they collectively earned less than £35.7m. Half earned less than £250,000 in the 2019/20 year.

"Fast forward a year and it is anticipated that the majority of earned income generated by cultural organisations under normal operating conditions will have been lost in 2020/21," a release from the council says.

Council Member for Culture Lufthur Rahman said that although Government support for businesses, including that directed through the council or the Culture Recovery Fund, has benefitted many, "we know there are some organisations that are just not going to survive this crisis without further Government support".

"Our cultural organisations are very much worth it in economic and social value terms alone, and we will continue to work closely with them and with artists to help make sure Manchester gets its cultural mojo back - sooner rather than later."

Manchester City Council is urgently updating a recovery plan from last summer to factor in the new reopening roadmap, financial support committed in the latest Budget and "ongoing restrictions around social distancing that are likely to continue to cause severe challenges".

The authority says new initiatives during the 2021/22 year, such as a "one stop" culture website and stronger partnerships between the city's cultural organisations, aim to strengthen the shaken sector as it rebuilds.

The city’s cultural recovery plan, which included a now redundant plan to fully reopen by December 2020, nonetheless noted a need to “be realistic [that] the sector will be one of the last out of a devastating lockdown”.

Organisations that have been able to pivot and innovate over the past year have continued to reach their communities, the council says, pointing to Manchester Jazz Festival's 'Jazz Unlocked' and Manchester Histories Festival's 'DigiFest' as digital success stories.

Manchester City Council had originally planned to pursue a programme of work appropriate to the changing health and economic circumstances, culminating in ‘Unlock’, an eight-month cultural programme with Manchester International Festival 2021 at its centre.

It did not respond to questions about whether this work was going ahead.

The Cultural Impact Survey shows the city's cultural sector is still highly reliant on public funding: more than a third of its income is grants from Arts Council England, lottery funds and universities.

Organisations got more money from funders - £38.3m public, £12.5m private and £18.5m from Manchester City Council - than they earned from admissions and other sources (£34.6m).

They welcomed more than 7.9 million visitors - the highest proportion of this was at libraries (3.3 million) - reached more than 5.3 million people through productions and commissions, and engaged 740,000 participants in 2019.

They also worked with 98% of local schools, making under 18s by far the largest cohort of arts participants in the region.

Most audiences came from the Manchester City or Greater Manchester area, but organisations also drew more than half a million people from other parts of the country and more than 350,000 internationally.

Within the region, cultural engagement was highest in the Hulme, Whalley Range and Rusholme wards and lowest in Charlestown, Sharston and Baguley.