A group of funders including the Paul Hamlyn Foundation and the Esmée Fairbairn Foundation are to test a set of key principles to make grant reporting a more “meaningful and mutually beneficial experience”. 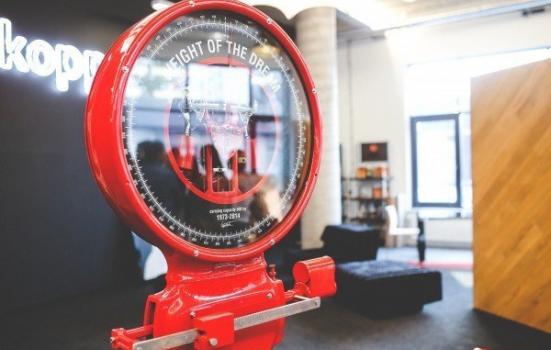 The funders hope to reduce the burden on applicants
Photo:

Some of the biggest grant-making bodies in the UK have come together to draw up a new set of principles aimed at making grant reporting a “shared, more meaningful and mutually beneficial experience”.

A group of funders and funded organisations – including major arts funders the Paul Hamyln Foundation (PHF) and the Esmée Fairbairn Foundation (EFF) – have developed a set of six key principles to guide core funding for non-profit organisations.

The project was led by the Institute for Voluntary Action Research (IVAR) and EFF, who say the principles will help clarify reporting requirements for grant recipients, and encourage funders to think more carefully about what information they ask for.

“The starting point for this initiative was a shared view – across the group of funders and funded organisations involved – that current reporting arrangements can be burdensome rather than useful,” say Gina Crane, Head of Learning and Communications at EFF, and Ben Cairns, Director of IVAR, in the introduction to a report setting out the principles. “The group’s goal is to address and reverse that.”

The principles include recommendations that funders should explain why they have awarded a grant, are clear about the type of relationship they would like to have with the organisations they fund, and only ask for information they will need and use.

The report explains that the initiative has come about partly through an awareness that many funded organisations want to be better informed about what information they are expected to report on, and to have a better sense of the form and frequency of communication funders expect.

The document also notes that organisations often have many funders and usually have to report on the same work in different ways.

“This can mean they have to prioritise reporting to funders over their own trustees, or their annual report,” it reads. “Funders should find out what reports organisations are already producing and ask themselves what more they really need.”

Several funders – including the Heritage Lottery Fund, the Joseph Rowntree Foundation, and the Big Lottery Fund – have agreed to test the principles in the coming months.

EFF said it will keep “the spirit of the principles” in mind as it develops its upcoming funding strategy. The organisation will also trial different approaches to principles two and four – asking selected organisations that receive funding “when they would prefer to report, and in what format”.

PHF and the Heritage Lottery Fund were among other organisations who said the principles will be used to inform changes over the coming years.

The report includes guidance on developing a more “conversational” approach to grant reporting, saying that for many interactions, a move away from paper-based exchanges can lead to greater involvement of the people delivering activity, provide a greater sense of what organisations need to report on, and allow for areas of disagreement to be discussed sensitively.

Crane and Cairns stressed that the actions of funders would be critical, saying: “We have recognised and acknowledged that the power to make change happen – to do things differently – rests with funders. The design of reporting arrangements – format, frequency, content is in their gift.

“So, although the process of developing the principles set out here has been genuinely collaborative, it now falls to the funders to find ways to apply these principles to their practices.”