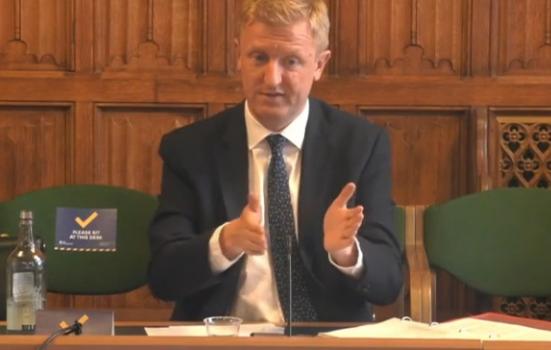 Ministers have made inaccurate and misleading claims about their ability to renegotiate a touring deal with the EU, as well as UK artists' ability to work in some member states, lawyers say.

New advice sought by the Incorporated Society of Musicians (ISM) challenges the Government's objections to a bloc-level deal for creative workers, saying a visa waiver agreement is both compatible with regaining control of the UK's borders and possible without renegotiating the post-Brexit Trade and Cooperation Agreement.

Culture Secretary Oliver Dowden responded briefly to the society's rebuttal at a recent DCMS Committee evidence session: "The Government has never said that we are required to fully reopen the treaty."

"What we have said is that we have recently concluded a substantial bilateral treaty with the EU and it was not likely, having just concluded that, that we could start a new treaty."

MPs criticised Dowden and his ministers for not yet striking any formal bilateral agreements four months after leaving the EU.

Dowden said the issue was "top of my in-tray" but defended the slow rate of progress since January.

"It's perfectly normal for international engagement to work like this."

Campaigners frustrated by a lack of concrete action are once again pressuring the Government for a swift, unilateral solution.

A summit to take place Thursday (May 20) will urge the UK and EU "to get a deal done that supports real people, real lives and real jobs," lobby group and organiser Carry On Touring said.

Dowden said that "some paid touring" is possible sans visa in at least 17 of 27 EU nations, including France, Germany and The Netherlands.

"That's a much more positive picture than we previously believed to be the case... I would suspect most touring will be able to proceed as happened recently, and those are significant markets."

But he acknowledged more "friction" in other countries such as Portugal, which requires criminal record checks on performers, and Spain, where performance permits can cost €600 per person.

"We have engaged with every EU member state and off the back of that we have a much clearer picture of the restrictions."

Varying work permit requirements across the 17 visa-free affect how long artists can stay there - anywhere from seven days to three months.

"The government must recognise the highly difficult landscape we have to navigate,   even within those countries with some allowance."

While ISM is pushing for a short agreement or declaration to be added to the post-Brexit trade deal, Dowden said "a supplementary treaty is still a new treaty".

The deal does not preclude other agreements between the UK and EU, legal advice sought by ISM says, despite Culture Minister Caroline Dinenage asserting in March that "a bespoke visa waiver agreement would require the Trade and Cooperation agreement to be renegotiated".

The legal opinion also contradicted Dinenage's claims that a bloc-wide visa waiver agreement would not cover work permits (it could), not be binding on EU member states (it would be if ratified) and only cover a very small number of "ad-hoc" paid activities (an agreement could clarify that definition).

"Despite what MPs have been told by ministers... it's entirely possible for the Government to create an agreement that would be compatible with their manifesto pledge, be legally binding and benefit specific professions without requiring a renegotiation of the Brexit deal.

"With the music sector now looking beyond coronavirus, it is still virtually impossible for many creative professionals to work in Europe on a short term or freelance basis."

Recent surveys by ISM indicate a third of its members spend more than a month per year in the EU for work, while 44% earn up to half of their income in Europe.

94% of musicians and tour operators surveyed said they had been negatively affected by the post-Brexit trade deal.

Dowden is expected to write to the DCMS Committee in response to these points soon.