Too few people speak out about their giving, say major donors, but the Charities Aid Foundation suggests that US-style philanthropy is neither practical nor necessarily desirable in the UK. 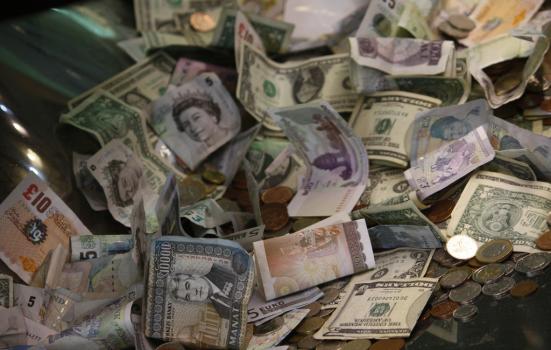 Nearly two-thirds of major donors believe the wealthy need to talk about their giving more and nearly half think society is too cynical about those who give, according to a new report, Why we give. The report, which details the findings of a Charities Aid Foundation (CAF) survey of attitudes and motivations for giving, also reveals that major donors are concerned about levels of awareness of charitable tax incentives. 77% of those questioned say there needs to be a better understanding of tax incentives in the UK in order to boost giving, and a further three-quarters are calling for more generous tax reliefs to be introduced. Only a quarter think the Government already does enough to help charities.

The publication of the research findings coincides with the release of a new a CAF discussion paper Give Me a Break: Why the UK should not aspire to a US-style culture of charitable giving, which concludes that many of the factors that contribute to the success of charitable giving programmes in the US aren’t replicable in the UK and that the ‘fertile space’ for philanthropically-funded activity is much more limited. The UK is cited as giving less than half of the amount to charity as a proportion of GDP than the US, but author Rhodri Davies, Programme Director at CAF, concludes that it would be a “mistake” to assume that following the US model will lead to a jump in income here. He dispels the myth that better US tax incentives have led to the differential between the two countries and concludes that the UK has a more generous system of incentives overall, but that it is “more complex and fragmented, and therefore confusing for donors”. The US system is recognised as being biased towards wealthier donors, whereas the UK Gift Aid scheme, whilst widely misunderstood, potentially enables tax relief to be claimed in relation to a higher proportion of the population.

According to Davies, fundamental to the difference in levels of charitable giving between the two countries is the more widespread cultural expectation in the US that private provision will meet social needs, and the more positive attitude towards wealth. He points out that “While many wealthy people in the UK do an enormous amount for charity, there is not the same expectation on them to give publicly as there is in the US… The presence of alternative systems of recognising social status, such as the honours system, also dilutes the importance of philanthropy.”  He concludes: “Our ambition should be to build a culture charitable giving in the UK that plays to our strengths, such as our long tradition of charitable works and our admirable ability to respond to fundraising appeals, but which also incorporates appropriate elements of other countries' philanthropic cultures. In this way we could realise the ambition to increase the number of people giving and the amounts that they give.”

In an effort to get more people talking about their giving in the UK, CAF is launching a social media campaign called #whywegive asking people to share their views on charity and the motivations behind their support for charitable causes.