National Lottery revenues in the first half of 2014/15 have soared but good causes are seeing less of the benefit. 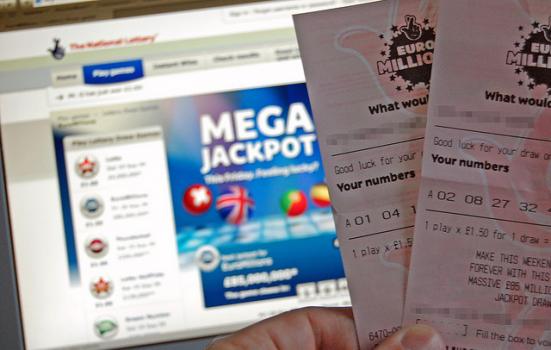 A bounce-back in sales of Lottery tickets since the introduction of a £2 minimum stake in the Lotto draw last year has led to renewed growth in revenues to Lottery operator Camelot. The £3,470m generated between April and September this year was the second highest interim sales figure since the Lottery was launched in 1994. But despite this, the amount of money going to good causes has risen to only £868m – an increase on last year but significantly down on the first half of 2011/12, when ticket sales were £205m lower than now, but £44m more went to the arts, sport, heritage and charities.

The lower returns are due to the double whammy of a fall in the average percentage of Lottery revenues that go to good causes, as announced last year, coupled with a change in what Camelot describes as “sales mix” – the growth in popularity of instant Lottery games compared with draw-based games. A Camelot spokesperson explained to AP: “…in the first six months of 2014/15, sales of instant play games grew by 18.1% while sales of draw-based games fell slightly by 1.4%. That was because EuroMillions did not perform as strongly this half-year as it did in the first half of 2013/14… Draw-based games (for example, Lotto, EuroMillions and Thunderball) return more in percentage terms to the Good Causes than instant play games.”

Until the end of 2012/13, the return to Lottery good causes averaged around 28% of total Lottery sales, but this has since fallen to 25%. A spokesperson for the Gambling Commission told AP: “The percentage of sales income that the National Lottery returns to good causes has never been set by government in legislation, but has historically been at around 28% averaged across all National Lottery products over the course of the whole licence.” Camelot’s current franchise period started in 2009 and runs until 2019.

Last year it was revealed that the flagship Lotto game is configured to return just over 31% to good causes – down from 33% prior to the introduction of the £2 ticket – to enable bigger prizes to be distributed. But Camelot refuses to disclose details of the returns generated by the instant play games that are growing in popularity. The Camelot spokesperson said: “Reporting historical returns to the Good Causes in percentage terms on a game-by-game basis actually serves very little purpose… the contribution per game will have varied over previous years due to a number of changeable factors and will continue to do so in the future – and therefore doesn’t enable any meaningful comparisons to be made. What is more meaningful is the actual amount of money generated for the Good Causes over a defined period – after all, this is what matters most to the beneficiaries of National Lottery funding.”

Camelot is confident that “exciting changes to EuroMillions, which we’ve always had scheduled for the second half of 2014/15 and which will be introduced later this month, will drive sales of the game – and therefore returns to the Good Causes – over the second six months.”