The economic model for those performing in or running small music venues is unviable, the DCMS Committee was told. 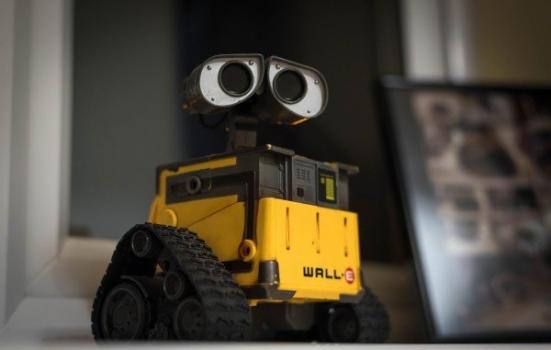 The ongoing closure of grassroots music venues is handing influence over the UK’s cultural tastes to robots and streaming service algorithms, MPs have been warned.

A DCMS Committee inquiry into live music also heard that an economic model based around small music venues is essentially unviable for both artists and venues, and that a failure to address this problem is having a profound impact on community cohesion.

“Music has become very open source,” said Ben Lovett, a member of music group Mumford and Sons and a venue owner in London. “The channels in which you discover new artists have changed drastically. We can’t have our culture curated by robots; it has to be people who know what they’re talking about.

“We need cultural wayfinders who are willing to take risks,” he added.

The Committee, which took evidence this week from musicians and venue owners, is addressing issues around the closure of music venues. This continues apace across the UK, with some estimates suggesting that London has lost 40% of its music venues since 2007.

“What we have seen is that when a music venue that was on the touring circuit closes down in a small town, it’s extremely unlikely it’s coming back under the economic circumstances,” explained Mark Davyd, Chief Executive of the Music Venue Trust. “That’s an extremely dangerous issue.”

Lovett backed up this view, saying it was “terrifying” that only 50% of the venues used for his band’s first tour outside of London still exist. He said that New York has double the number of venues as London, and that the UK’s capital is “trending down against countries and cities that we think we’re on a par with.”

Jeff Horton, the owner of London’s 100 Club, warned that if closures continue and there are increasingly few places for bands to play, it will be difficult to think of who will headline Glastonbury or the Isle of Wight festivals.

Horton said that closures mean fewer people think about going to see live music as a form of entertainment. He also expressed his belief that gang problems are rooted in a lack of social spaces, such as music venues, for young people to fulfil their natural desire for a “buzz”.

The rapper ShaoDow also stressed the importance of widening access to younger people, particularly for 14+ events. “Those young people are the most energetic about the artist so by the time you’re performing at festivals, you’ve grown with your fans.” He said it was often too expensive to do this, with some venues quoting him an extra £200 - £500 to provide security for a 14+ show, and the failure to do so was impacting negatively on the community.

His comments were supported by Davyd, who said: “We’re seeing a massive rise in illegal parties...nobody wants to control culture but it should take place in somewhere safe, that has good access, where artists look and sound good. That’s a music venue.”

“We’ve not seen a wave of people opening music venues and we should be asking – why is that?

“It’s because of the economic system around them. There’s just too many barriers to getting a music venue open”.

ShaoDow said that selling merchandise and performing are essential in an age where streaming takes precedence and artist income is down.

But others said that live performances were not a viable revenue stream. “It’s kind of a loss-leader until a 1,200 capacity tour,” Lovett said. “There aren’t many industries we’re trying to grow where we say: ‘do you mind doing something else for 40 hours a week?’”

ShaoDow also said that many smaller venues make their money on food and drink, but often choose not to open when there’s no music. He added that once artists become well-known and step up to larger venues, the grassroots venues that invested in their development miss out on the benefits.

Lovett said that his venue survives as a hospitality business, and would lose money if operating only as a performance space. But he added that it would not work simply to add culture into places where people are already socialising: “If you do that you end up with karaoke…it has to be culture first”.

Earlier this year, the Music Venue Trust criticised the distribution of Arts Council England (ACE) money between different sorts of arts organisations, describing the outcome of funder’s decisions as “unacceptable”.

“Every argument for funding opera or classical music applies with equal force to grassroots music venues (GMVs), a spokesperson told AP. “Put simply, the economic model is not sustainable from ticket revenues. But the cultural activity that happens in these venues is vital to communities and the future success of British music. No GMVs; no Adele, Ed Sheeran, Stormzy or Coldplay.”

The trust continued: “Important cultural spaces are closing right now. That should concern anyone who cares about the cultural fabric of the UK, and we should all be demanding that ACE stop it.”

Davyd told the inquiry he would like to see an acceptance that the Arts Council “don’t have the funding or the process to address this” and for other solutions to be fast-tracked.

He highlighted a 3% live music tax on all tickets in France, which he said acts as a “pipeline investment” fund, allowing venues to put less popular bands on stage.

This idea was dismissed by representatives from larger venues, including the Royal Albert Hall, who said it would damage their business.

Horton suggested that the way music is taught at primary schools could change. “Maybe schools should be thinking about teaching kids to be rappers and working with electronic music,” he said.

Davyd said that his children had developed a love for music and were in their own bands because they had constant access to music when they were younger. “But not everyone has a house full of instruments,” he continued. “We need to make sure access to instruments and to culture is written through schools if we want to get people into this industry.”

ShaoDow made a comparison between grassroots music venues and the education system, saying these were like primary school and secondary school, enabling musicians to progress to university and a masters degree: “It is integral; you can’t just skip those steps unless you have an engine behind you.”