Lords told of lack of support for rural arts

A Select Committee on the rural economy will report back next year on the sorts of interventions needed to support local amenities and tackle deprivation. 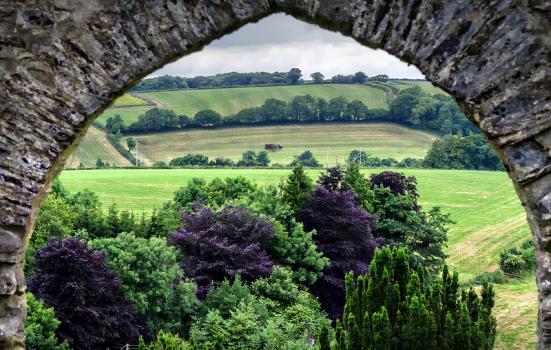 Further investment in the creative and digital rural economies could help unlock the arts sector’s “full economic potential”, a new House of Lords committee has been told.

It has also been warned of a general urban bias in arts funding and faced with calls for a refocusing of lottery funding to help to regenerate Britain’s struggling rural areas and marginal communities.

The comments were made in a written submission to the new Select Committee on the Rural Economy, which has been taking oral evidence since the summer.

The Committee will produce a report by the end of March 2019 on the sorts of Government interventions that best support local amenities, tackle deprivation and improve provision for essential services such as health and education.

Government officials have so far been faced with questions from the Lords on topics including the impact of the Industrial Strategy and coordination between Government departments.

“This is an exciting time for the rural economy and the Committee hopes that the report it produces will have a wide-ranging impact on policymakers, practitioners and the public, celebrating successes where they have occurred and challenging people and organisations to do better where necessary,” commented Lord Foster of Bath, Chairman of the Committee.

Littoral Arts Trust’s Ian Hunter has submitted a piece of evidence to the committee on the “overlooked” plight of the new creative rural economies.

By comparison, it notes the wider creative industries are predicted to generate £90bn GVA for the national economy by 2024. Hunter warns of a general urban bias in arts funding, citing major government investment in urban cultural infrastructure programmes such as the UK Cities of Culture initiative and capital projects such as the Tate Modern extension, the Hepworth Wakefield and the Factory Manchester.

“Many in the creative rural sector would also argue that an equivalent, albeit more modest, Arts Lottery award (i.e. £20m over five years) would also greatly help to regenerate many of Britain’s struggling rural areas and marginal communities (e.g. The Uplands), stimulate the vital rural tourism sector, and also create new arts, media and cultural employment and skills.”

The submission stresses a need to understand what is meant by the rural creative sector and how it interacts with similar organisations in cities. It also calls for a closer examination of successful events such as the now internationally franchised Hay-on-Wye book festival.

The document sets out seven project areas for further research, such as the impact of culture on rural tourism, and creative and cultural responses to social, health and environmental challenges in rural areas.

The official deadline for submissions has now passed, but the committee says individuals and organisations may still get in touch if they wish to submit further evidence.