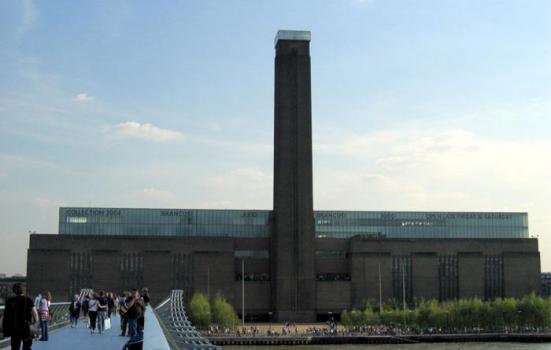 The UK’s top ten visitor attractions were all London-based last year, although Tate’s London galleries both saw a significant drop in attendance, according to the latest figures from the Association of Leading Visitor Attractions (ALVA).

Visitor numbers at Tate Modern fell by more than 1 million in 2015 to 4.7 million – the lowest since 2005. The steep decline represents a 19% fall compared with the previous year. It reverses attendance figures for 2014, when Tate Modern’s visitor numbers grew by 1 million to reach a record-breaking 5.8 million, due in part to the success of the exhibition ‘Henri Matisse: The Cut-Outs’.

Tate Britain also recorded falling visitor figures. A 5% year-on-year decline took its visitor numbers down to 1.3 million – a fall of nearly 450,000 since 2005.

Elsewhere in the capital, visitor figures were more buoyant, with London’s attractions seeing an average increase of 1.6%. The British Museum, where visitor numbers grew by 2%, topped the list of UK visitor attractions for the 9th year running, attracting 6.8 million visits. Remaining in second place was the National Gallery with 5.9 million visits. The Natural History Museum took third place, pushing the Southbank Centre and Tate Modern into 4th and 5th.

The largest increase in visitor numbers in the top ten was Somerset House (8th), which saw an increase of 31% to reach 3.2 million.

Attendance at the Southbank Centre, fell by over 1 million, but was affected by the closure for refurbishment of the Queen Elizabeth Hall, Purcell Room and Hayward Gallery from September onwards. A spokesperson told AP: “This affected our year-on-year comparisons though we are delighted to still appear fourth on the list with visitor numbers which reflect our ambition to make as many of our events free and available to all.”

The Library of Birmingham remained the most visited free attraction outside London, but dropped out of the top ten, into 11th place, with 1.8 million visits.

Tate Liverpool was the only one of Tate’s four galleries to see significant growth in visitor numbers last year, recording a 12% increase on the previous year. 626,000 people came to exhibitions, including retrospectives of the work of Jackson Pollock and Andy Warhol. This was more than in any year since Liverpool was the European Capital of Culture in 2008.

In Scotland, visitor numbers to top attractions grew by 5.5%. Edinburgh Castle knocked the National Museum of Scotland off the top slot for the first time in five years, but the museum remained the most visited free attraction in Scotland with 1.57 million visits.

ALVA’s 64 members manage major cultural attractions at nearly 2,200 tourist sites across the UK and represent more than a quarter of all visits made each year. Bernard Donoghue, Director of ALVA, commented: “The current weakness of the pound to the dollar and euro is making the UK a more affordable destination and 2016 is on target to be another memorable year for ALVA members.”