A growing number of organisations fear that a slowing economy will harm their ability to raise funds. 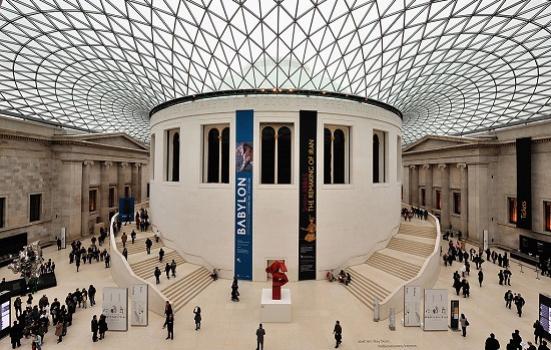 High-profile organisations in London like the British Museum, pictured, attract a disproportionate amount of private investment in the arts
Photo:

London continues to receive the lion’s share of private investment in the arts in England, according to new figures released by Arts Council England (ACE).

The funder’s Private Investment in Culture survey finds that two-thirds of funding from private sources went to organisations in the capital. And 59% of the total of £545m private investment in 2017/18 went to just fifty organisations, many based in London.

The regional imbalance persists amid indications that giving to arts and culture organisations overall is slowing: the report says that in 2017/18, there was “limited growth” in private investment, in line with trends across the wider charitable sector.

The dominance of organisations in the capital and other urban centres in attracting investment is a significant concern for the sector, with two in every five respondents saying it was holding back their fundraising.

ACE Chair Sir Nicholas Serota said the council is “conscious of the trends within these figures – in particular how size and geographical location continue to influence the success of fundraising efforts”.

“In a difficult time for public funding, many organisations have worked wonders by increasing [their] earned income; but with an uncertain financial future it is necessary to diversify funding further.”

ACE says that “further effort is needed to improve the balance between private investment received by organisations based in London and those based outside of London”.

The report says the concentration of major arts and cultural organisations, wealthy donors and corporations in the nation’s capital were likely factors in the unequal distribution.

And it notes that the organisations receiving the most investment had a “stand out” ability to attract individual giving. These were often high-profile organisations like DCMS-sponsored museums.

“This could potentially be due to their higher footfall and their greater ability to operate and manage individual giving schemes such as friends’ [and] membership initiatives,” the document says.

“Attracting individual donors will be highly important to ensure the long-term sustainability of arts and culture, particularly among the organisations based outside of London.”

But the figures reveal that since the last survey (2014/15), individual giving has declined as a proportion of private investment income (from 51% to 43%). Grants from trusts and foundations now make up a greater proportion – 38% compared to 29% – and business investment has remained fairly steady (18% compared to 20%).

A growing number of arts organisations fear that a slowing economy will harm their ability to attract private investment.

About 60% said the economic outlook was hampering their fundraising activities – up from 43% in 2016. A similar proportion of organisations cited a lack of in-house capacity and staff time (61%) as a handicap.

Alongside London’s dominance, competition for investment (57%) and decreasing private sector interest in arts and culture (40%) also emerged as significant concerns.

More than half of the survey’s respondents expected a growth in individual giving and in grants from trusts and foundations over the next three years, but only 37% expected increased business investment.

The uncertain outlook is particularly worrying for small organisations, which rely more heavily on private investment, and have in many cases seen significant decreases in public funding.

Organisations generating less than £1m a year were prone to more “volatile” levels of private investment, says the report, with some experiencing a growth or decline of around 25% since 2014/15.

“This can be potentially explained by the fact that small organisations tend to have relationships with fewer donors,” it says, “so changes in any donor’s investment may have a significant impact on the overall private investment income.”