A new toolkit includes guidance of what to do if cultural businesses are at risk of closure, and how to repurpose buildings for cultural use. 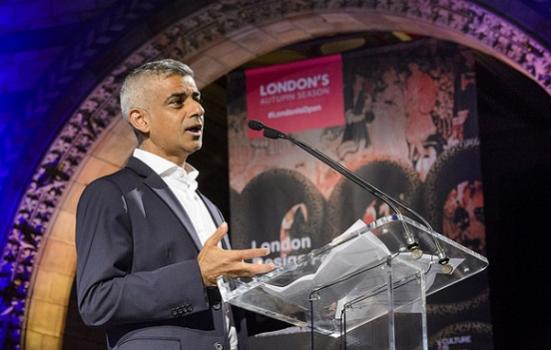 A new plan to identify, protect and develop cultural performance and rehearsal space in the capital has been released by London Mayor Sadiq Khan.

The Cultural Infrastructure Plan sets out a “call to action” and sets out why it’s important to support the capital’s venues and studios; how they are at risk; what can be done to protect them; and what resources the Mayor’s office is investing.

The document covers the buildings, structures and places where culture is both consumed (defined as experiencing, participating in or showcasing art) and produced (where creative work is made, usually by artists.

In the foreword, Khan describes the plan as a “game-changer” as it “sets out what we need to do to protect and grow our cultural facilities”.

“Good cultural infrastructure will help us achieve this by encouraging good growth and putting culture right at the heart of local regeneration and local communities,” he added.

Other action points listed include:

In addition, the plan aims to support the creative industries to “put down roots”. To this end, it urges local authorities to create policies to protect their cultural assets, learn from the current crop of Culture Enterprise Zones, and see which policies and interventions enable a more sustainable environment.

Similarly, it calls on third sector organisations to provide cultural and creative industries with support when establishing new venues or undergoing business development.

The action plan also calls for the creation of new cultural infrastructure, not only to make up for the loss of cultural spaces, but also to support London’s economic prosperity.

The report says this can be achieved by creating new buildings and increasing the use of existing premises by operating longer opening hours or engaging with ‘lates events’.

A refreshed toolkit has been released to support such work, including information on new cultural facilities, advice on what to do if a business or venue is at risk of closure, help on finding a building or land, and what to do if a person owns a building and they’d like to offer it up for cultural use.

The Mayor suggests making use of the toolkit to ensure development is planned for and rolled out successfully, noting local needs cannot be “dictated at a pan-London level”. He says collaboration between local authorities, architects, housing associations, Business Improvement Districts and cultural organisations is needed for sustainable development.

“There is no single answer, and many of the conditions and challenges are outside the Mayor’s control,” the report reads.

“For effective action, partnership working with all stakeholders around the table is key.”