A comparison of 16 world cities shows the capital’s £1.2bn annual spend is behind only Moscow and Paris. 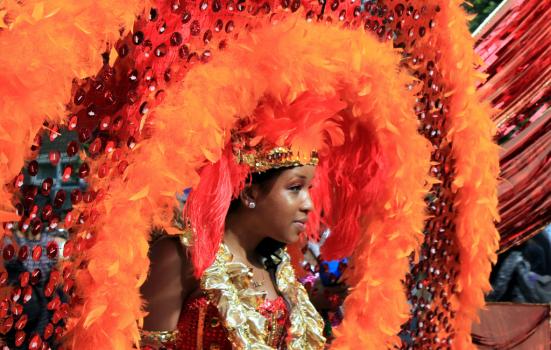 Culture spending in London is the third highest in the world, when compared to 16 world cities, according to a major new comparative study.

The report, compiled by BOP Consulting, is based on the findings of an 18-month research project which drew on a mixture of quantitative and qualitative data from world cities, focusing on revenue funding. It is designed to make policymakers aware of the full ‘toolkit’ of options for supporting culture in world cities.

The research has found that:

It suggests that a high proportion of national culture budgets is spent on capital cities because they have large ‘sunk investments’ that create a revenue and capital legacy. By contrast, in cities in China, which have less ‘legacy’ cultural infrastructure in which to invest, “it appears that Chinese cities are placing a greater priority on investing in newer and more commercial cultural forms”.

The report notes growing experimentation with different funding models. In Stockholm, Syndey and Seoul, crowdfunding platforms are used as a starting point for match funding from the national culture budget, with some cities making such donations tax-deductible.

The creation of a ‘cooperative model’ for supporting musicians in Amsterdam is examined, in which a large group of professional musicians each invests €1,000 in a building and individually performs several concerts per year for paying members. In New York, a ‘participatory budgeting’ model allowing city residents to participate in the allocation of capital funds is examined, as is London’s work on selling the idea of social and financial returns in return for backing cultural projects.

More widely, the report looks at the management models for distributing state funding, finding Istanbul has partly outsourced management to a for-profit enterprise, and Tokyo has an equivalent which works on a not-for-profit basis.

As the level of culture-dedicated public funding is declining in European cities like London and Amsterdam, and further afield in Seoul and Sydney, policymakers are increasingly supporting organisations to raise money through earned income and private giving.

Arts Council England’s Catalyst programme is highlighted for providing investment in cultural organisations to increase their fundraising capacity. A recent evaluation showed Catalyst has produced “real change”, with 88% of arts organisations involved in the programme maintaining or increasing the money spent on fundraising.

However, the report notes that this approach is not widespread and that in many cities, incentives to raise the level of private giving “do not seem to be bearing fruit at the moment”.

In Seoul, although individual donations to Arts Council Korea are 100% tax deductible, giving remains relatively low. Similarly, a 125% multiplier on private donations in the Netherlands has had limited impact, and private giving and sponsorship of culture in Sweden is “uncommon”.

“These findings suggest that there are likely to be ingrained cultural attitudes to individual giving that may take much longer to address, and require different or complementary strategies and tactics from those that focus solely on the operation of the tax system,” the report says.

A key aim of the report is to “trigger a range of conversations and debate, not least on how resources can be better aligned to deliver the shared goal of sustainable urban development”.

It says there has been “increasing interest” across city government departments, such as education, tourism and economic development, in how culture can help them achieve their own agendas. But it warns that this “poses a challenge in terms of ensuring that cultural policy is ‘joined up’: that it is coherent and does not unnecessarily duplicate effort or resources”.