The trend for closing arts services is continuing, with over a third of local authorities in England and Wales left with no arts officer. 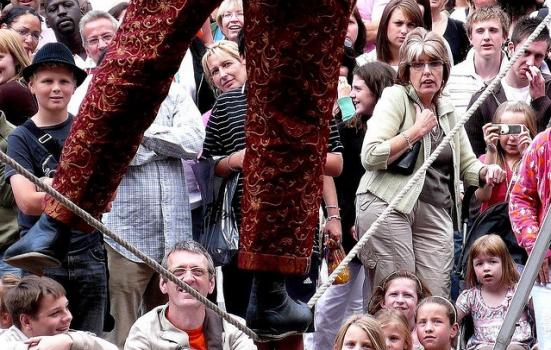 Over half of local authority budgets in England and Wales are spent on organisations that receive regular funding from the arts councils of England (ACE) and Wales (ACW), leading Arts Development UK (AD:UK) to worry they are “becoming more risk averse”. The association’s latest Local Authority Arts Investment Survey Report reveals that while the sector has stayed relatively stable over the past two years, spending on the arts is falling, with more cuts anticipated in 2015/16. The trend for closing arts services is continuing: 136 of 375 local authorities in England and Wales are now without a dedicated arts officer or arts service. However, collaborative working is on the up and more local authorities are receiving funding from alternative sources, such as European funding, business sector grants and philanthropy.

Based on responses from 65 local authorities in England and Wales, the report estimates that spend on arts services will be £194.5m this financial year, or £2.41 per person. This is a 4.3% reduction on last year, although average budgets are still almost double what they were in 2011/12, having spiked the following year due to the Cultural Olympiad. There has been a marked decline in arts council lottery funding for local authorities, from an average of £74k per authority in 2011/12 to £45k in 2013/14, while almost half received no funding at all. This is offset by an increase in core funding, from an average of £55k per authority in 2011/12 to £94k in 2013/14. Much of this money goes to just a few authorities: of those who responded just nine received core funding, sharing £3m between them last year. Shrinking budgets have led two in five services to undergo a restructure over the past two years, and almost a third of respondents anticipate more redundancies. More and more departments are outsourcing services: 12% this year, up from 7% last year.

The average spending to National Portfolio and Revenue Funded Organisations in partnership with ACE and ACW accounts for 51% of the total arts spend, an increase of 3% on last year. While this may signify an alignment of priorities with the arts councils, AD:UK is concerned that the trend for funding tried and tested arts organisations “could stifle future growth and innovation”. It continues: “What the sector is lacking is the higher risk speculative projects that would get artists started on their journeys. The learning obtained on these projects has often laid the foundations for future work and ideas which have led to established arts practice and professional standards.”

Nine in ten authorities are now working collaboratively with external partners. Partnerships with the creative industries and health organisations remain the most common, but the proportion partnering with education and commercial organisations has grown most in the last year. Tony Witton, Arts & Cultural Services Manager with Kent County Council and Chair of AD:UK’s Research and Advocacy Working Party, points out that while this is bringing in more money, “there is a danger that this is masking the true situation” and the sector should prepare for “a seismic shift in next year’s figures”. “On the other hand,” he continues, “we may be looking at a new trend which will see levels of investment in the arts maintained or perhaps begin to grow as local authorities support the sector to broaden its funding base and become more business-like.”

Arts and culture valued by vast majority of local authorities