A tapering extension to pay protection for furloughed employees and Government refusal to acknowledge groups that have fallen through the gaps in its Covid-19 support schemes offer no comfort to the arts. 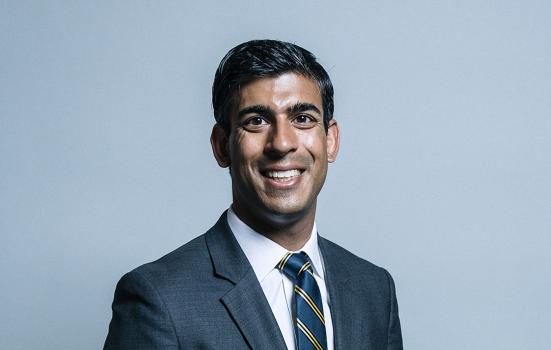 Calls for the Government to recognise the unique circumstances of cultural sector and the perilous situation facing the many workers who fall through the gaps between the Government’s Coronavirus Job Retention Scheme and the Self-Employment Income Support Scheme (SEISS) have failed to influence the next phase of income support.

Chancellor of the Exchequer Rishi Sunak has announced that employers will be able to access the furlough scheme through to the end of October, but they will have to contribute to its costs. Support for freelancers will be cut off in August.

The most vulnerable group of all creative sector workers – including PAYE freelancers, limited company contractors and the newly self-employed, all of whom have received nothing so far – will still receive nothing and have been told to apply for benefits.

Sunak rejected their calls for fairer treatment. He said: “…you were not and have not been forgotten. Even if you don’t qualify for the furlough or self-employment schemes, we’ve provided a wide range of support… from discounted loans, to tax cuts, mortgage holidays and enhanced welfare. Now, our thoughts, our energies, our resources must turn to looking forward, to planning for the recovery.”

Responding to the Chancellor’s latest measures, Deborah Annetts, Chief Executive of the Incorporated Society of Musicians (ISM) pointed out the associated risks to the long-term health of the sector. She said: “With social gathering restrictions set to stay in place for the foreseeable future, there will be no immediate return to business as usual for large parts of the music sector, especially the thousands of music venues that require near full capacity crowds to turn a small profit.

“Many businesses will simply not be able to afford employer contributions, risking bankruptcy and redundancies. The ISM is calling on the Chancellor to urgently reconsider his decision and extend the furlough scheme in full, and begin a national conversation about a long-term financial support package for the music sector”.

Annetts’ comments are echoed by the Theatres Trust, whose research has found that organisations have been drawing on their limited reserves to meet operating costs as the lockdown continues, and 59% of theatres had less than three months operating costs in reserves. They believe employer contributions to the furlough scheme will “make redundancies throughout the sector inevitable and the ending of the scheme and resulting liabilities will close theatre businesses.”

As well as calling for the SEISS to be extended to match the time-scale of the furlough scheme, ISM has also set out a series of proposals for changing its eligibility criteria so as to provide relief for those currently ineligible for support from either of the schemes. These include:

The Creative Industries Federation (CIF), Association of Leading Visitor Attractions, and UKHospitality – umbrella bodies for the businesses most likely to take the longest to resume full levels of operation – had joined forces to call for extended Government support for their businesses and workers.
Caroline Norbury, CEO of CIF, said there is a “worrying inequity” between those on payroll and the self-employed.” 62% of creative freelancers surveyed by CIF reported having lost all their income in March, while the same was true of just 42% of companies.

On behalf of theatre workers, trade union Equity’s General Secretary Christine Payne had a similar message to the Chancellor: “At the core of a recovery plan for the creative industries there must be an income guarantee for the self-employed and freelance workforce. We cannot hope to return to work in full until the early months of 2021 and this represents a massive threat to the £111bn we contribute to the economy.”