A new Nesta report finds demand for ‘repayable finance’ is growing as the arts sector looks to increase its earned income. 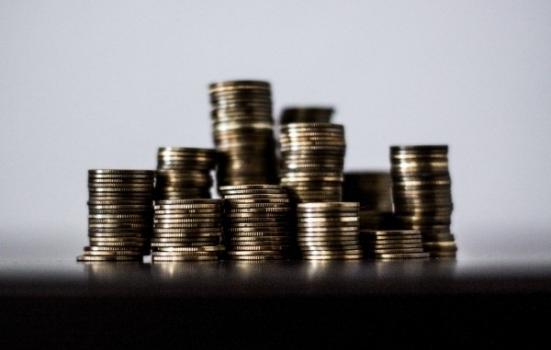 Arts and cultural organisations in the UK are “warming up” to the idea of loans, and other forms of repayable finance, according to a new piece of research.

Just 15% of arts organisations responding to a survey run by Nesta have taken out repayable finance before, but the innovation agency is predicting that funding cuts, and the associated drive to increase earned income, will increase demand in the future.

Nesta, which is managing a £7m pilot loan scheme in England, is predicting 16% of arts and cultural organisations in the UK will seek repayable finance in the next five years, totally £309m in loans, repayable grants, equity and bonds.

Fran Sanderson, Director of Arts Programmes and Investments at Nesta, said: “We’ve had a real sense through the investment period of the Arts Impact Fund that there would be strong and increasing demand for this kind of repayable finance. It felt as though organisations in the sector were warming up to the idea, and seeing the potential benefits of this type of finance through our and other case studies.”

The report predicts repayable finance will be of particular benefit for entrepreneurial purposes. The most popular proposed uses for repayable finance amongst the 1,000 arts workers surveyed were developing new revenue streams, scaling up existing activities, and acquiring new tangible assets.

“This offers organisations new opportunities in addition to grant funding, rather than acting as a replacement,” the report says.

In a forward to the report, Sanderson gives the example of an organisation that wants to renovate a room to rent, and the projected rental income will more than cover the cost of the work. “After the loan is paid off, the organisation has a new, unrestricted revenue stream which it can invest in its own programming or personnel or outreach activities,” she explained.

The report finds that loans are currently mostly used by larger organisations, and those based in London. Just 54% of the anticipated demand by 2023 is expected to come from organisations outside the capital.

The report reveals concerns about the ability to repay funding and limited resources to manage the process are major barriers to arts and cultural organisations seeking repayable finance. But it also finds positivity towards loans improves “significantly” once an organisation has had experience with them. 52% of organisations which sought or received repayable finance in the past indicated they would take it out again in the future.

“We do feel that the survey, if anything, is likely to understate demand – we think there is a level of caution around repayable finance which we hope to alleviate by continuing to talk about the successful investments we and others have made, and the resulting increases in organisational resilience and impact,” Fran Sanderson, Director of Arts & Culture Investment and Programmes, said.

“Whilst we believe that repayable finance will not be an appropriate tool for all organisations, the proportion of the sector interested in and excited about the opportunity to invest in their own resilience will grow as the concept becomes better exemplified, better understood, and more broadly publicised.”

The report, undertaken by MTM, comes two and a half years after Nesta helped launch the Arts Impact Fund. The fund has so far offered 20 loans of between £150k and £600k, which are repayable over three to five years, to arts and cultural organisations that can demonstrate social impact.

Beneficiaries have included outdoor arts organisation Walk the Plan, which received a loan to create and relocate to a new creative hub in Salford.

The scheme combined public, private and philanthropic money from organisations including the Bank of America Merill Lynch, Nesta, Arts Council England and the Calouste Gulbenkian Foundation.

“Social investment is not intended to be a panacea,” Sanderson added. “Repayable finance will never replace grant funding – some projects and programmes, and even organisations, are not designed to be sustainable or self-funding, cannot be reimagined to attract consistent revenue streams, and will need to be subsidised in perpetuity.”