The city region authority is offering a prize of £800 for a “simple but visually impactful” design to be used across print and online promotional materials for the £200k a year initiative. 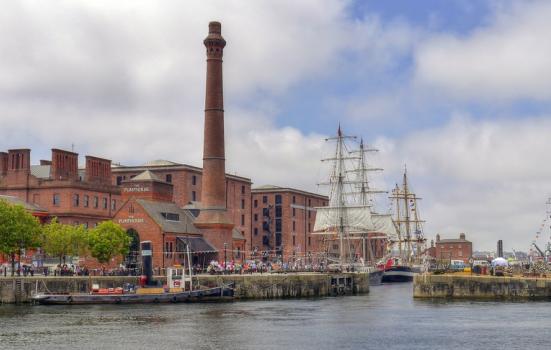 Liverpool’s combined authority has defended an open competition to design the official logo for its £1.2m Borough of Culture scheme, after it was criticised for exploiting local creative people.

The devolved government for the city region is requesting submissions for a design that would “be developed into the Borough of Culture official logo from 2019 onwards”, offering a prize of £800.

The logo will be used by each of the authority’s six boroughs, who will hold the title in turn on an annual basis, receiving £200k to support cultural activity.

The authority shared the call for submissions on Twitter earlier this month, asking: “Do you have a passion for design and creative branding development? Can you create a simple but visually impactful logo that captures the spirit of an exciting cultural and creative programme?”

But the message attracted more than a dozen critical responses, with several users seeing the competition as a request for design work at below market rates.

One commented: “This is not how to commission design work. It’s a bad, uneducated, and insulting decision. I’ve got some guttering I need doing. Please do it, and, if I choose to, I’ll give you a ‘prize’ of half its worth... possibly.”

Echoing these sentiments, another user tweeted: “Deeply insulting to creative industries to win your measly £800 prize when the fee for delivery of this kind of project would and should be far greater. Poorly advised approach.”

The link shared on Twitter is no longer accessible, but the authority said this was due to technical issues relating to the launch of a new website.

A spokesperson said: "We introduced our Borough of Culture initiative both to enable our six local authorities, on a rotating annual basis, to highlight their cultural strengths and to encourage local people to take an active part in cultural and creative activities.

"That is why the Borough of Culture logo competition is primarily an arts participation project, providing the opportunity for wider community engagement and participation.  It is open to anyone within the Liverpool City Region and is not targeted at the creative sector. We have already received entries from individuals and organisations across the city region.

"The brief is to provide a logo design or image, not a full brand. Any creative development work or guidance required to implement the winning logo design will be commissioned and paid for in the usual way, as with all our creative commissions."

The authority has set out detailed criteria, asking for a design “that captures the spirit of creativity and culture in all its forms but which is simple, clear and easily recognisable”.

The directions add: “It should not be too cluttered or use stereotypical images e.g. theatre masks/paintbrushes/film reel.”

The guidance stipulates that while the design should not incorporate any elements of each borough’s existing logos, it should be compatible with them. The authority will use the logo across all the initiative’s promotional materials, in both colour and black and white formats.

But the brief provoked caustic responses from some Twitter users. One branded the authority “cheapskates” while another wrote: “my design is a giant Liver bird shitting on some underemployed design graduate, how do I submit?”

Another user posted: “So amateur. You’re meant to exist to promote and grow enterprise in the Liverpool City Region. This is anti that. You’d expect this kind of competition from a neighbourhood group not a regional body meant to be representing and showcasing our interests!”

The Borough of Culture initiative forms part Liverpool City Region’s commitment to spend the equivalent of 1% of its annual £30m devolution funding from government to support cultural activities.

St Helens became the first holder of the title this year, coinciding with the borough’s 150th anniversary. Its activities included a music festival, a food and drink festival and a citizens’ parade.

Next year the title will pass to Wirrall, whose plans include a projection show and an exhibition on Wirrall’s contribution to shipbuilding and maritime exploration.

Speaking at a recent event previewing Wirrall’s programme, Phil Redmond, Chair of the Liverpool City Region Cultural Partnership, said: “Everything begins with an idea, no matter in what field people work or what sparks their interest. The Borough of Culture initiative, launched in the tenth anniversary of 2008, is not only designed to showcase creativity wherever we can find it, but provide opportunities for as many as possible to get involved. The Logo competition is one example of how we hope to do that by opening up opportunities for anyone to display their talents: hidden or recognised. Go for it.”

As part of its 1% funding pledge, Liverpool will also set aside annual budgets of £30k for cultural awards and £70k for a series of region-wide events.