The DCMS Committee has been told that musicians are increasingly coming from wealthier backgrounds as record labels transfer risk to young performers. 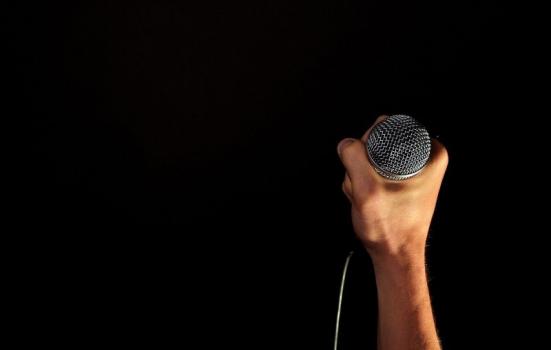 Live music venues are cancelling and turning away certain acts, under pressure from the police and local authorities, in a pattern of institutional racism that discriminates against urban music, MPs have heard.

Musician and BBC 1Xtra presenter DJ Target told the DCMS Committee that it was common for grime gigs to be cancelled at short notice, and for venues to decide not to programme grime acts because they “cannot afford to risk” having their licence taken away.

“You do not get an indie gig shut down the night before because one of the band member’s friend’s cousins is rumoured to be attending and that is a no go,” he said. “You do not get a call into Manchester United football ground saying, ‘Leeds supporters are on their way, so it has to go off’. That does not happen. Why does it happen at these events where if you check the stats there are very few incidents?”

He added: “It stems from ignorance and misunderstanding but, if you boil it down, I think it is still institutionalised racism in a lot of these cases.”

The comments were made at a hearing for the committee’s ongoing inquiry into live music.

Responding to a question about whether routes into the music industry were as easy they had been previously, DJ Target said he thought there were “as many or more opportunities” in the digital age for artists working independently.

“Artists are able to build up their own fan bases via social media,” he said. “They are able to have their own merchandise, put on their own shows and release music, all independently. I would like to believe that the music industry is now wide open for artists, not just coming in to be recognised and signed by a major label and to go down that route, but I think there are as many or more opportunities than ever for artists from that independent sector.”

But this was tempered by an acknowledgement that there is still a discrimination towards certain types of artists or events, particularly when performing. He said that although the Metropolitan Police’s controversial 696 police form has been scrapped, the “issues are still there”.

His views were backed up by Tom Gray, a member of the band Gomez, who said: “We are a white indie band and we play at Glasgow Barrowlands, where we held the record for the most number of people thrown out — 45 people got thrown out of our show.

“There is no reason for this prejudice. People get drunk and do silly things at every type of performance.”

Naomi Pohl, Assistant General Secretary of the Musicians’ Union, said that there was a mixed picture for routes into music. While she agreed that there were more ‘DIY’ opportunities for artists, she added that the industry was still hampered by structural issues, such as music teachers reacting to the loss of secured pay in schools by moving into private tuition.

“We have just recently done a study that shows that all kids have an equal interest in learning music, but you are far more likely to learn an instrument and go on to be a professional musician if you have some sort of family wealth,” she said. “You have to have a total family income of at least £28,000 to be able to afford to pay for music lessons. That is obviously problematic.”

The speakers also said that the industry continues to be male-dominated, and that multi-purpose venues, where people have the chance to broaden their experience of different types of music, are lacking.

Gray expressed concern that major labels no longer support artists to tour around the country and improve, but now just invest in acts that have already had streaming or social media success. He said this places risk entirely on young performers, explaining why, in his experience, emerging musicians are now mostly from wealthier backgrounds. Gray added that younger artists are spending so much time on their digital footprint that they are not developing as performers in front of audiences.

“Building a small audience before you travel and find the world is incredibly important, because access to income is obviously the key thing if you are going to build a career,” he commented. “You cannot just go on the internet and make money straightaway; that is a fallacy.”

Jane Beese, Head of Music at London’s Roundhouse, commented on what she saw as a trend for artists to be taken “from zero to 100” and then to have nothing the next year. She also voiced her concern that artists are limiting the time they spend being creative, because of the need to monitor their social media channels.

She expressed concerns about growing mental distress in the industry. “What we are really seeing now, and not just among emerging artists, is a really massive spate of wellbeing and mental health issues,” added Beese, who pointed to as many as ten young successful male artists who have taken their own lives this year.

“The knock-on effect of not supporting this industry in the right way and not helping young people as they come through and supporting them is having quite tragic end results now, I think.”