Efforts to redistribute arts funding away from London have fallen short, as Arts Council England “fails to treat places equally”. 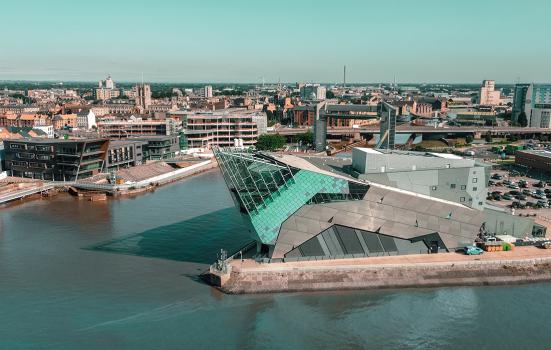 Hull City of Culture 2017: more support is needed for future bidders for the title
Photo:

A second £258m round of emergency arts and culture grants should be devolved to local authorities, according to political thinktank The Fabian Society.

Responding to new evidence of the ongoing disparity in access to the arts across England, the society has put forward a series of radical proposals that place local authorities at the heart of  England’s future arts funding.

Its new policy report, Cultured Communities, concludes that “Arts Council England fails to treat places equally when providing support to arts and culture” and recommends a focus on grassroots arts organisations, freelancers and small creative businesses to ensure that “every pound spent on arts and culture is used effectively”.

It proposes transparent decision-making and robust, inclusive processes in distributing all funding, which could be “adapted and improved from those Arts Council England currently uses” to place arts and culture at the heart of a post-Covid-19 recovery.

The report is based on research examining cuts to local government funding of arts and culture between 2009 and 2019, coupled with analysis of ACE’s grant funding and the impact on a community of being a UK City of Culture and London Borough of Culture.

It found that local authorities remain the largest overall funder of arts and culture in England, but their annual spending on arts and culture has fallen by £860m in real terms during this decade - a 39% cent cut representing £18.66 per person.

The impact of these cuts has been felt across the whole of England and there is little to suggest much progress has been made in redistributing arts funding, which has been promised since the publication of the seminal report Rebalancing our Cultural Capital in 2013.

During the past decade, every English region saw a cut in arts funding of at least £15 per person. Although London has had the highest per-person cuts of £22, arts spending by London boroughs was much higher to begin with and still remains higher now.

Councils representing villages fared worst of all, starting from a low base and suffering 47% cuts to their total arts and culture spending.

It’s a similar picture with ACE funding. Researchers report that 41% of the 2018-22 funding for National Portfolio Organisations (NPOs) was assigned to London-based organisations. This funding is worth £74.30 per person in the capital, compared to £19.93 in the rest of England.

NPO funding benefits larger and more established organisations, both in London and elsewhere, the research found.

National Lottery funding shows a similar regional disparity, with £50.40 per person granted to London-based applicants, compared with £21.26 in the rest of England.

Seven proposal are put forward for addressing the persistent funding deficit outside London and beyond the major arts institutions.

The report calls for the £258m of arts and culture Covid emergency funding held back or a second round later in the year to be allocated to local authorities, working in partnership with Arts Council England. The funding should be prioritised, it says, for those who need it the most, particularly smaller organisations and freelancers.

Beyond this period, it says that central government should provide a five-year funding settlement for local government, plus a £500m annual resilience fund to match-fund councils’ own spending and give them “the certainty, flexibility and resources to invest in the sector”.

Other measures proposed include:

There is also support in the report for cultural commissioning, and the recommendation that councils should reform the way they commission services to ensure that arts and culture organisations can help them achieve better outcomes, especially in public health. Reforming and simplify their procurement and commissioning processes, it says, could enable arts and culture organisations to deliver services and new solutions to long-standing local problems.

Report author Ben Cooper concludes: “The arts and culture ecosystem must be supported from the grassroots up, rather than only funding the larger, higher profile theatres and organisations, and expecting the benefits to trickle down. Only then can we see a ‘levelling up’ of arts and culture provision across England. That is why councils must lead the way: they are rooted in their communities, they know and understand the local cultural assets, and they are best placed to shape the sector, with sustainability and resilience at its heart.”

I wholeheartedly agree. This argument has been made consistently over the past 10 years, with so many reports/research results coming up with pretty much the same thing. More lottery tickets are bought in deprived areas all over the country and yet they see so little of 'the good causes' money reinvested in their areas - especially arts money. I feel the large arts organisations have now become excellent lobbyists - just like the lobbyists who argue foe more investment in oil or banking or any other such subsidies. The organisations that do exist outside metropolitan areas do not have the time or resources to join that gang. And is that what it now takes to get money? There needs to be a fundamental change - which is going to be hard. However if we don't do it soon there will be no opportunity for those who aren't rich, to either work in the arts or take part. The Arts Council needs to implement the change now - otherwise it will not meet its bold objectives. How can they keep justifying that the Royal Opera house gets over £24m a year?
WHERE IS THE LEVELLING UP ALGORITHM?!! IT NEEDS REVISION WITHOUT DOUBT......