Museums and galleries are urged to regularly extend opening hours and put on after-hours events, which are estimated to be worth an annual £9.6m in ticket sales. 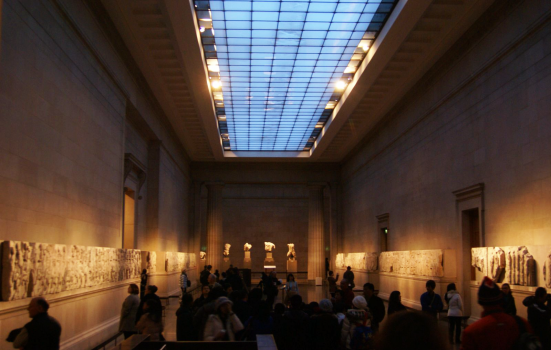 Extending opening hours and putting on after-hours events would do for galleries, museums and heritage sites ‘what Airbnb does for spare bedrooms’, a major new study has concluded.

It finds the activities are a “proven” route to new audiences and revenue, particularly in under-utilised spaces, and highlights a need in the sector for more opportunities to share knowledge, experience and good practice around after-hours programming.

“The museum sector has a popular product which many people have yet to experience – what an opportunity,” writes Culture24, one of Arts Council England’s incoming sector support organisations, which authored the report.

“Museums cannot afford not to open for longer – the retail sector learned this years ago and initiatives like weekly late-night shopping Thursdays are now commonplace”.

Culture24 concludes the UK’s ‘lates’ scene – defined as any activity in a cultural space after the traditional closing time of 5pm – is “one of the most mature offers in the world”. It estimates the market in the UK is worth £9.6m in annual ticket earnings, but has the potential to grow by at least £7.7m over the next five years.

As part of the research, Culture24 analysed the number of after-hours events uploaded to its own listings website. Each region of the UK is ranked in terms of its lates offer, with London classed as having the best supply and being home to the UK’s first regular lates events, which started in 2001 at the V&A.

An accompanying survey also reveals 73% of the public would attend lates events if venues put them on, leading the report to conclude demand in London, Cardiff, Southampton and Liverpool “far outstrips supply”.

To take advantage of such demand, the Arts Council England-funded report encourages cultural institutions to build lates activity into their regular offer, “without the external support that comes with being part of a festival”. Culture24 currently co-ordinates the Museums at Night Festival, which encourages organisations to extend hours on one or two nights a year.

As such, it calls on venues and policymakers to collaborate and help improve programming, develop venues as social spaces and prioritise late-opening venues as a core element of a region’s night time economy.

“Creating an environment where museums, galleries and libraries are open late into the evening is dependent on people both inside and outside the arts and culture sector working together,” the report notes.

The report recommends operating lates activity in spring and autumn, recognising that interest generally dips in winter and summer, and notes some museums have had success from clustering together to offer local lates festivals.

But it also offers a warning from Jenny Bull, of Cambridge University Museums, who says “the more you open late the harder sell it is”.

The report is accompanied by two pieces of complementary research, also produced by Culture24, which assess lates offers around the globe and the impact on cultural tourism.

Based on research conducted with Airbnb, the first report concludes cultural tourists are equally interested in music, food and drink, which can be provided by lates events. Additionally, it encourages the events to be as locally distinctive as possible to attract international visitors.

The second study assessed the extent to which successes and innovations in another cities can be applied to the UK. It shares examples of good practice from across the globe, such as Mexico City’s ‘bicycle tours’ which offer a shared and environmentally sustainable way for the public to travel between venues.