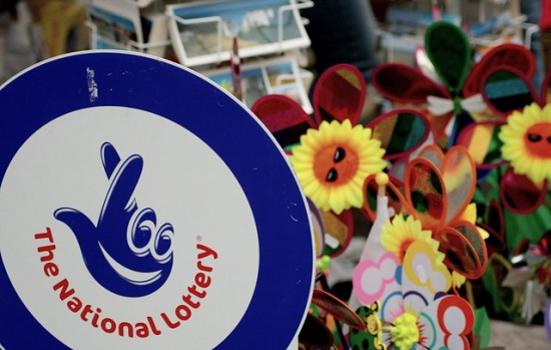 Labour says communities' share of lottery ticket sales should be reflected in the funding they receive
Photo:

Labour would compel the release of National Lottery ticket sales data to provide “transparency” and encourage fairer distribution of money for good causes like the arts if elected, Deputy Leader Tom Watson says.

The party also says it wants to consult on introducing “new mechanisms to better ensure that communities can contribute to how Lottery proceeds are spent in their area”. A Labour spokesperson was unable to provide more detail on the proposals.

If adopted, the plans could spark a significant shift in the distribution of ‘Good Causes’ funding generated by the National Lottery – worth about £330m to the arts last year.

“For far too long there has been widespread concern that funding distribution is unfair,” Watson said.

“Areas that buy a bulk of National Lottery tickets, like our industrial towns and coalfield communities, feel they don’t get their fair share of Lottery money for good causes in return.

"It is time for communities to take more control of our National Lottery.”

Indeed, recent analysis by ArtsProfessional shows that London and larger cities still attract a disproportionate level of Lottery funding for the arts, six years after a major report laid bare the extent of this divide.

Labour says that new research from that report’s authors – Peter Stark, Christopher Gordon, David Powell and Steve Trow of GPS Culture – shows that the West Midlands Combined Authority received £360m less from “Good Causes” than it contributed to National Lottery sales between 2010 and 2017. Just 5 of 41 constituencies in the authority received a positive return on ticket sales over that period.

Labour believes that more transparent data on where lottery tickets are bought and where Good Causes funding is allocated will, in the longer term, result in fairer distribution. While the party has no immediate plans to change the distribution model, in which DCMS allocates funding to bodies like Arts Council England, it says it will make “greater transparency assurances a condition of the next Lottery licence”. The licence is due for renewal in 2023.

But a spokesperson for Camelot, the current National Lottery licence holder, said a requirement to produce ticket sales data may do more harm than good by helping the Lottery’s competitors.

“We release detailed UK-wide sales information under a timetable and format agreed with our regulator, the Gambling Commission,” said Camelot. “The release of more granular, commercially sensitive sales data would enable competitors to target areas of the UK for their own commercial advantage, disadvantaging Camelot in fulfilling its overriding objective to maximise returns to Good Causes.”

Dr Stephen Pritchard from the Movement for Cultural Democracy welcomed Labour’s announcement, and the party’s close collaboration with GPS Culture on the policy. “For us, it’s a really, really important step towards cultural democracy in the UK and rebalancing a really big imbalance in arts and cultural funding,” he said.

He agreed that Lottery funding distribution should be more closely matched to ticket sales, saying some communities that contribute highly “have often got the least back from it, and that’s totally unfair”.

But Pritchard said Labour’s policy “could be a problem for Arts Council England (ACE) in its current form” because the funder may not have sufficient local infrastructure to support a more community-focused distribution model.

“It doesn’t seem if such a policy came to pass, if Labour were to be elected, that ACE’s current structure or any of its infrastructure would be able to support this.

“It becomes really, really questionable whether they will be the body to distribute that funding.”

ACE draws on Lottery reserves for NPO funding
London receives a third of all ACE funding
Lottery funding distribution must be ‘returned to the people’, say campaigners

Culture Recovery Fund grants are expected to save more than 10,000 roles. What happens next will determine whether the industry emerges...

Thursday, 22 October 2020
As part of a drive to boost diversity and inclusion in the music industry, UK Music’s Diversity Taskforce is calling on the sector to drop the “outdated and offensive” term BAME. The recommendation... read more