Jobs demanding ‘creativity’ most likely to grow in next decade, research finds

The first piece of research from the AHRC-backed Policy and Evidence Centre says that creative attributes are a better predictor of growth than other transferable skills. 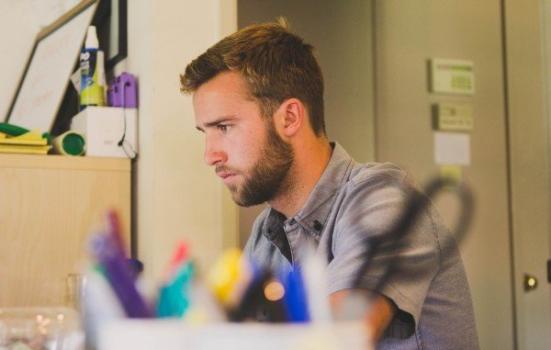 Jobs requiring creative skills are the most likely to grow over the next decade, research has found.

An analysis of job advertisements over the past five years predicts that roles that demand ‘creativity’ have the highest chance of increasing their share of the workforce by 2030.

By contrast, jobs that emphasise basic computer skills, being detail-focused or having customer service skills risk becoming redundant due to the rise of automation and the wider digital revolution, say researchers.

Hasan Bakhshi, Executive Director of Creative Economy and Data Analytics at Nesta, which led the research in partnership with the Creative Industries Policy and Evidence Centre (PEC) - of which he is also Centre Director - told AP there was “nothing magic” about the word ‘creativity’ in job adverts. “But the word is a summary for an underlying set of competences and attitudes that are intuitively going to be at a particular premium in the future,” he said.

The findings have emerged from the first piece of research from the PEC, which is funded by the Arts and Humanities Research Council (AHRC), led by Nesta, and began operations in September.

Researchers considered 35 million job adverts in the UK from 2013-17, focusing on 39 transferable skills, to assess how creativity is being used in the job market and how its importance will change by 2030.

“The research is a riposte to the widespread perception that everyone uses the word ‘creativity’ and it doesn’t actually mean anything,” Bakhshi said.

“This is the first time that anyone’s looked at the topic as categorically as we have and it’s quite clear the word does have currency in the labour market and intuitively is associated with occupations we think of as creative.”

Bakhshi said this approach allows ‘creativity’ to be correlated with attributes such as growth prospects and to compare the term against other skills such as business management, research and mathematics.

The research also found that:

By combining these results with previous research on the future of skills, Nesta was able to identify the sorts of jobs likely to grow. These include artists, public relations professionals, advertising accounts managers, creative directors and town planning officers – all of which are classed as creative roles.

He said that research offered a counterpoint to the “interesting, but not very helpful” conclusions that some jobs are either safe from automation and others will be whisked away by the robots.

“Those studies arguably breed complacency or panic and don’t leave anyone with any sense of agency,” he added. “So we wanted to look specifically at skills and found that in the face of wide-ranging changes in the labour market, brought about by biotechnology, the internet of things and automation, skills associated with creativity are important.”

At the same time, some roles that are not considered part of the arts – or part of the DCMS’ list of creative occupations – are found to be inherently creative. “It turns out that manufacturing and business development on the face of it are creative, and not labelled [by DCMS] as such,” Bakhshi added.

“I’d like to think the Department for Education would look at this research and think about the importance of creativity not just being about the arts or the wider creative industries, but it’s a piece of research that has implications for manufacturing, business development, and other sectors that require creativity. Engineering. Even with STEM, there’s a real need to focus on creativity.”

The evidence centre, which was created as part of the Government’s Industrial Strategy, aims to support the growth of the UK’s creative industries through independent research and policy recommendations. It consists of a consortium of universities from across the UK – Birmingham, Cardiff, Edinburgh, Glasgow, Lancaster University, LSE, Manchester, Newcastle, Sussex, and Ulster. Each university will partner with the PEC on a piece of research.

The centre’s output will comprise topics considered a priority by the creative industries, including public service broadcasting, creative clusters, and skills and education.

But Bakhshi was reluctant to outline the PEC’s exact programme of activity, stressing that the project is “not a fixed research centre” and has instead been funded to produce responsive research – which he said is particularly important in a period of ongoing political uncertainty.

Tuesday, 02 March 2021
A cultural recovery plan for Brighton & Hove has been created by local cultural organisations and industry professionals. Launched in response to the social and economic impact of Covid-19, the... read more