Local authorities in Yorkshire and the Humber are being called on to "defend and when possible increase" spending on culture as Leeds City Council announces major cuts. 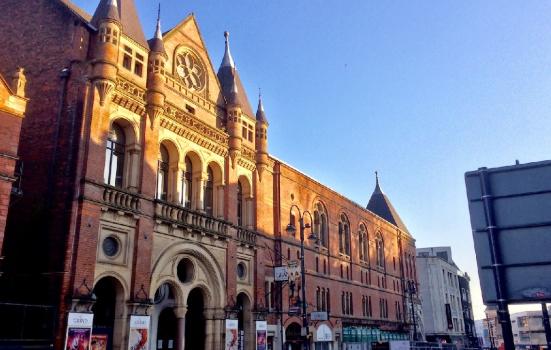 Local authorities should "defend and when possible increase" spending on arts, heritage, culture and libraries, according to a new cultural manifesto.

The Trades Union Congress (TUC) is calling on councils in Yorkshire and the Humber to invest at least 50p per resident per week in arts and culture as the sector recovers from Covid-19.

While the ‘50p for Culture’ call has featured previously in advocacy by the union's regional creative and leisure industries committee, it argues that "Covid-19 has led to the manifesto’s policies becoming more relevant and necessary than ever."

It argues that investing in culture can help the region bounce back from the huge economic impact of the pandemic, saying councils and Local Enterprise Partnerships "should seek new and creative ways of supporting arts and culture."

"Public investment in the creative and leisure industries attracts at least twice as much private expenditure."

It also calls for a "comprehensive arts, heritage and culture strategy" for each authority that actively supports live performance, the night-time economy, live venues, festivals and street performers.

Pete Keal, Equity representative on the committee, said: “Before Covid-19, local authority funding cuts due to austerity measures from 2010 onwards had an adverse effect on arts, culture and the creative industries.

“Since the pandemic, we understand that the Government has urged councils to 'spend what they need to' in response to Covid-19, but has been slow to fully reimburse these extra costs. Local authorities are finding themselves in a parlous financial position as a result.”

The renewed call for local authorities to work towards the 50p per resident target comes as many council-run arts venues face an uncertain future.

Leeds City Council has already announced plans for major cuts across its services. These include a 15% reduction in grants to the Leeds Grand Theatre, Opera North, Northern Ballet, Leeds Playhouse and the Henry Moore Institute, which the council expects will save £227,000.

Keal said TUC's Yorkshire and the Humber branch opposed the cuts in principle and would be campaigning with Leeds City Council for the Government to restore local authority funding "and thus enable the arts and other services to be adequately funded."

He said there are examples in the region of councils that invested significantly in culture prior to Covid-19.

"Hull City Council was the highest spending authority on arts and culture in our region before Hull City of Culture 2017 was even announced... We also understand that the neighbouring East Riding of Yorkshire Council's spending in the sector increased in light of Hull City of Culture."

The Yorkshire and Humber region received one of the lowest per-head levels of support for culture during Covid-19.

Local organisations received approximately £4.14 per person from the Culture Recovery Fund, with only the West Midlands receiving less. Altogether, 69 organisations in the Yorkshire and Humber region shared £22.7m from the main round of the £1.57m fund.

Keal said the disparity in public funding levels for the arts in London compared with England's other regions can only be reinforced through the distribution of emergency funding.

He added: “While Culture Recovery Funding is important, too many creative industries workers have not been eligible for Government help. For example over 40% of Equity’s 48,000 members haven’t received a penny from furlough or SEISS since March 2020.”