The pilot responds to the UK's withdrawal from Creative Europe and prioritises European partners but is "not in the same ball park" as the EU scheme. 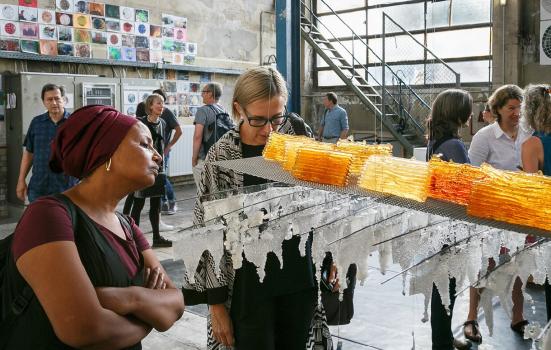 The fund prioritises UK-Europe collaborations on a smaller scale than Creative Europe
Photo:

A pilot scheme for international creative collaborations is not a replacement for Creative Europe, its funders say.

The Four Nations International Fund encourages creative projects involving at least two UK nations and another partner "in Europe and beyond", although partnerships with European countries will be prioritised.

Announced last week, the fund will offer grants of up to £5,000 for in-person, digital or hybrid projects, with special focus on experimental and innovative models of collaboration.

A spokesperson said the fund is responding to barriers artists seeking to work internationally face, "including the withdrawal from Creative Europe", Brexit and the pandemic.

"That said, the funding scales and construct of the Four Nations International Fund are quite different to the Creative Europe funding schemes and could not in any sense be seen as a replacement."

The Creative Europe UK Desk closed in March after the Government decided a domestic alternative was not a spending priority.

Creative Scotland, which is managing the application process on behalf of the UK's four arts councils, has previously supported attempts to establish a new relationship with Creative Europe.

The difference is scale: whilst Creative Europe offered between £200,000 and £2m for projects lasting up to four years, the new fund is only worth £100,000 and projects are expected to wrap up within 14 months.

British cultural organisations received about €27m from Creative Europe over seven years' involvement in the programme.

"Those results make it very clear that funds like this, which are focusing on small level grants to instigate cooperation and connections, are not in the same ball park as Creative Europe funding," Creative Scotland said.

Further information about the fund is expected once it opens for applications on October 21.

Interested parties have until November 11 to make an application. Funding decisions will be announced late January, with projects due to complete by March 31, 2023.

Joan Parr, Interim Director of Arts and Engagement at Creative Scotland said collaboration is key to helping UK artists respond to global challenges such as Covid-19 and climate change.

“The development of art and culture thrives on international collaboration and exchange.

“Working together with our fellow arts councils and agencies, we can more effectively help address challenges for those based in England, Northern Ireland, Scotland and Wales wishing to connect with their international counterparts.”