MSPs are “very concerned” by the national arts funder’s handling of its Regular Funding application process. 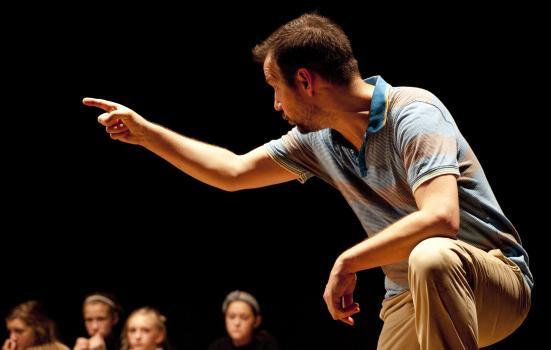 Catherine Wheels, one of the companies to have regular funding re-instated
Photo:

Poor management by Creative Scotland of its Regular Funding application process for 2018-21 has “undermined the sector’s confidence in its decision making”, a parliamentary committee has concluded.

In a letter to the national funder’s Chief Executive, the culture committee says it is “very concerned” about the handling of applications from touring theatre and dance companies in particular, which “fell well below” the standard expected of a non-departmental public body.

It adds that strategic mistakes forced some arts organisations to unnecessarily commit staff and financial resources to funding applications.

Creative Scotland has published an initial response to the accusations, expressing concern that much of the criticism “reflects unduly negatively on Creative Scotland and particularly on our staff”.

Crisis hit the funder earlier this year following its decision to end regular support for several touring arts organisations that work with children and disabled people. A public backlash resulted in board resignations, criticism from Scottish Culture Secretary Fiona Hyslop and a public climbdown on planned cuts for five organisations.

The parliamentary committee opened an inquiry into the funding process after it received an “unprecedented” number of complaints from the cultural sector.

In its concluding letter, the committee challenges the national funder on evidence it gave to the inquiry, saying it contradicts written evidence from arts organisations. Interim Chair Ben Thomson and Chief Executive Janet Archer claimed to have been unaware of potential factual inaccuracies in the funder’s application assessment reports, but arts organisations say they had reported the issue to the funder.

The letter also criticises the lack of strategic planning evident in Creative Scotland’s decision to reject funding bids from touring companies on the basis they could apply for money from a separate fund that it had not yet created or announced. It says some arts organisations believed the touring sector had been “cherry picked to provide a solution to the lack of funds” and quotes one organisation that was concerned it would not be eligible for the new fund.

Archer agreed at an evidence session that the situation had “severely damaged” the funder’s reputation.

The letter goes on to highlight additional concerns raised by the sector including:

The committee has now invited Creative Scotland to give evidence after the summer recess, detailing what action it is taking to address the issues identified in the committee’s inquiry. It has until 31 August to issue a full response.

But Wilson goes on to stress the funder’s dissatisfaction, saying it is “important to record that the timing of the committee’s call for evidence took place before many important discussions had taken place with organisations to explain our decisions and respond to their concerns”.

“We should also not lose sight of the fact that we continue to support excellent creative work across all part of Scotland and internationally through all our routes to funding,” he continues.

“We have an extremely dedicated, passionate, and knowledgeable staff team who remain committed to delivering vital support for artists, creative people and organisations across Scotland.”