Culture Minister pours scorn on fundraising challenges in the arts, but a Parliamentary inquiry concludes that structural factors are hindering a national culture of giving. 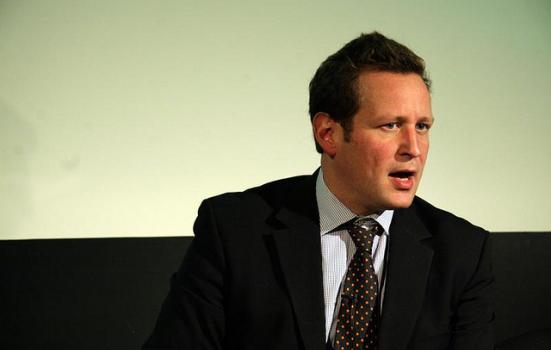 Ed Vaizey: "I can see absolutely no reason why every arts organisation in this country cannot raise philanthropic funds"
Photo:

Measures for creating a stronger culture of philanthropy in the UK have been set out by the Charities Aid Foundation (CAF) in ‘Creating an Age of Giving' – a summary of conclusions from the Parliamentary inquiry ‘Growing Giving’. The report points to “structural factors” that need to be addressed before donating becomes an accepted norm and embedded in everyday life. Concluding that “no one agent acting alone can create the strong and sustainable culture of giving that we are striving for”, its recommendations are aimed at a number of parties including schools and colleges, employers, business schools, government and will writers.

The inquiry examined giving at three different life stages: in full-time education, at work and in retirement, and the report makes recommendations aimed at “inspiring individuals and breaking down barriers to engagement”, as well as creating opportunities, encouragement and incentives to give. A wide ranging set of proposals includes the suggestion that young people should be asked to demonstrate their commitment to social action on university application forms; that licences to run TV channels should require airtime to be committed to programming that raises awareness of charitable work; and that a post-careers advice service should be created for older people prepared to use their skills as volunteers.

The ‘Growing Giving’ inquiry was convened in recognition that, despite the combined efforts of charities, governments and others, overall donation levels have remained fairly static in the past decade, and there has been a long-term decline in the proportion of households giving to charity – from 32% in 1978 to 27% in 2010. Two thirds of the support received by charities comes from just 9% of the population. Furthermore, a growing share of charitable donations is coming from older people, while donations by those under-30s fell from 8% in 1980 to 3% in 2010, and the report notes that unless more people participate in charitable giving, donations could plummet in the future.

The publication of the CAF report coincides with controversial comments on the role of philanthropy in the arts by Culture Minster Ed Vaizey during an evidence session at the Culture Media and Sport Select Committee inquiry into Arts Council England this week. Asked by a Manchester MP how realistic it is for all arts organisations to raise private funds he replied: “I think it is very realistic. I can see absolutely no reason why every arts organisation in this country cannot raise philanthropic funds... too many arts organisations think, 'well, we live in an area where rich people don't live, so they're not going to back the arts'. I think that is pathetic, frankly.” Dismissing the idea that some arts organisations may find it difficult to raise funds in this way, he said: “…For a start, philanthropy doesn't mean a cheque of £5m. It could mean a cheque of £5, it could be a cheque for £500… I really do think that any arts organisation that says it just can’t be done is completely missing the point.”

Whittingdale is back: the new DCMS Ministers

DCMS has welcomed two new ministerial posts and a former Culture Secretary after widespread speculation it would be dismantled.

Wednesday, 19 February 2020
The Royal Opera House did not tell the Royal Ballet School about sexual misconduct allegations against a resident choreographer for six months. The allegations against Liam Scarlett were reported to... read more
(ThirdSector)

Half of UK youths are streaming orchestral music