Commercial operators reveal eye-watering losses and other non-subsidised organisations sit on the brink of ruin in the absence of financial support from the Government for those ineligible for existing emergency funding streams. 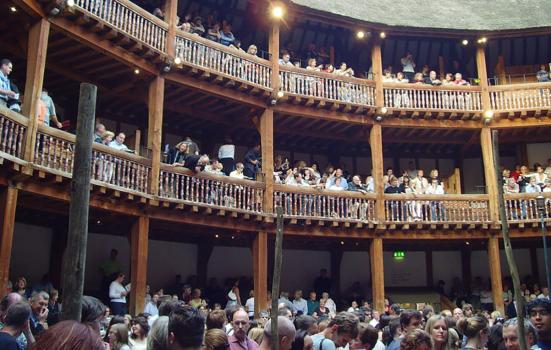 The scale of devastation wreaked by the pandemic lockdown on cultural institutions, creative industries and the freelancers who work for them or in their supply chains, has been laid bare in the evidence gathered during the Inquiry by the Digital, Culture, Media and Sport Committee into the Impact of Covid-19 on DCMS sectors.

Following the publication of more than 200 responses to the Inquiry, Julian Knight MP, Chair of the Digital, Culture, Media and Sport Committee, has told the Government it must “step up for cultural institutions”.

In a letter to Culture Secretary Oliver Dowden, he said the situation facing the sector had “become even more urgent” since his previous letter of 20th March, and asked for additional financial support to be provided to individuals and institutions in the creative industries that are unsuccessful or ineligible for Arts Council England (ACE) funding.

The cultural sector has so far been given no financial support directly from Government, which is relying on ACE to draw emergency funding from its existing funding streams. Knight has pointed out that the sector’s unique circumstances mean it will most likely be among the last to reopen, and even then it “cannot simply be expected to open its doors and return to normal without adequate support and preparation”.

His comments coincide with a new poll by Ipsos MORI, showing little change in the public’s anticipated comfort with returning to normal with re-Covid activities. The activity the public is least likely of all to be comfortable with is ‘attending large public gatherings’. Only 18% of respondents said they would be ‘very or fairly comfortable’ with this, compared with 65% ‘not very or not at all comfortable’ – fewer even than the number who would be comfortable using public transport or taking holidays abroad.

Among the most vulnerable in the cultural sector are the many thousands of arts organisations and supplier businesses that are not ACE National Portfolio Organisations, most of which have no guaranteed income at all for the current financial year. The Inquiry evidence clearly demonstrates the scale and impact of the pandemic on them.

Major commercial operators are set to fall the furthest. Among them are the Really Useful Group (RUG), whose submission to the Inquiry set out in detail the dire situation it is facing.

27 of its 31 productions and licensed tours, which were scheduled to be performed in 2020 across more than 15 countries, have been cancelled or postponed since the lock down. Each week the theatres remain closed, the company is losing £6.15m at the box office and £240,000 from its own weekly earnings. “On an annualised basis this represents a loss of £320m in box office and £12.5m in income for RUG”, said the company. RUG is using cash reserves to keep the business afloat, but these are forecast to have been exhausted by the end of June, after which it will have to depend on bank credit facilities.

Another major player facing financial devastation is Shakespeare’s Globe, which generates 95% of its income from sources that depend upon being open to the public: theatre tickets, guided tours, education workshops and trading. Without emergency funding it will need to spend the reserves that were designated pre-crisis for maintenance and remedial works for the Globe Theatre over the long-term.

But even if it has sufficient money, re-opening will be a challenge. The Globe’s two theatres are the only ones in London to be staffed exclusively by volunteers for front-of-house operations. Their Inquiry submission explains: “Nearly 80% of our 570 volunteers are over 70, and a growing number of them have already expressed that they are not willing to volunteer this year, regardless of when we re-open… Without sufficient volunteer numbers in line with our licence and health and safety frameworks, we cannot safely open the theatres.”

Less likely to fall is The Barbican, whose founder and principal funder is not ACE, but the City of London Corporation. Yet even The Barbican reports financial pressures from the loss of its trading activities combined with “ongoing pressure of already committed expenditure and our desire to protect the wider cultural infrastructure through reaching equitable settlements with organisations and artists whose events are being cancelled or rescheduled.”

Most others are not so fortunate to have a powerful backer though, and depend on far less stable sources of income. These include The Egg children’s theatre, which is subsidised by revenues generated from now non-existent commercial activity at Theatre Royal Bath (TRB). This income permits The Egg to sustain a local and national programme of work without regular subsidy from any other funding body.

The Minack open air theatre, four miles form Land’s End in Cornwall, relies on the tourism industry and earns most of its revenues from April to September. It had to shut down just days before opening for the season, at the point in the year when its cash position is at its lowest point and winter expenditure has all been committed.

Iris Theatre depends primarily on ticket income for its work supporting early-career artists and young people to get into theatre for the first time. It has been turned down for ACE emergency funding and is looking for other sources of income. Artistic Director Paul-Ryan Carberry and Executive Director Paul Virides told AP: “we’ve raised enough money to keep us afloat for at least the next month… but for the foreseeable future, we’re trapped in a continuous cycle of trying to raise money, provide opportunities for early career artists, and plan for an uncertain future.”

The devastation extends well beyond arts organisations themselves, into the livelihoods of many suppliers to the sector. Jo Allen PR told the Inquiry “There is a whole industry of support organisations who are feeling the knock-on effects.” The company has seen “a reduction to a single digit percentage of our normal turnover”, and 9 out of 11 employees are applied to furlough.

Julian Knight said: “The Government must step up now and find more funding to shore up our cultural landscape and safeguard our rich past while giving hope to those whose livelihoods depend upon it."

He has asked the Culture Secretary to reply to his concerns by 1st June, indicating what assessment the DCMS has made of the UK theatre industry’s immediate and long-term needs, and what additional support the Government intends to make available to support the creative industries over the coming 6-12 months.