Inquiry aims to grow the civic role of the arts 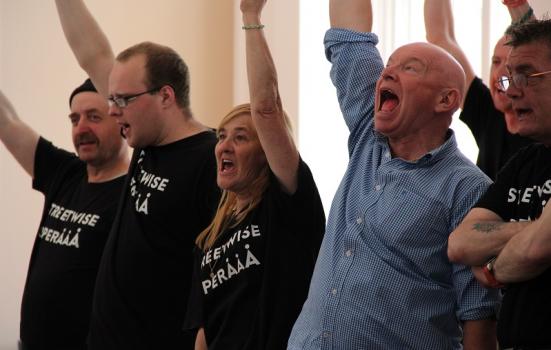 An inquiry into the role arts organisations should play in promoting civic engagement and revitalising communities has been launched by the Calouste Gulbenkian Foundation.

Arts organisations are being invited to contribute to the inquiry, which the Foundation hopes will help realise the full potential of the role of the arts in communities and across society. It aims to develop an understanding of what constitutes ‘next practice’ and seed a network for future activity.

Andrew Barnett, Director of the UK Branch of the Calouste Gulbenkian Foundation, said: “In the UK, we have previously undervalued the role of the arts in civic engagement and still do not know its full current impact or future potential.”

There will be three phases of the inquiry:

“This isn’t just about models,” Barnett added, “it’s about a philosophy in which more arts organisations move beyond seeing audiences as customers and think of those with whom they work as citizens.”

Writing in AP he gave the examples of Venezuela’s music education programme El Sistema, Streetwise Opera’s work with homeless people and The Agency, a collaboration between Battersea Arts Centre and Contact Theatre in Manchester, which helps young people to develop social enterprises.

To take part in the inquiry, visit civicroleartsinquiry.gulbenkian.org.uk.