The Government’s long-awaited strategy does not mention arts education but says improving the take up and quality of maths would support the creative industries. 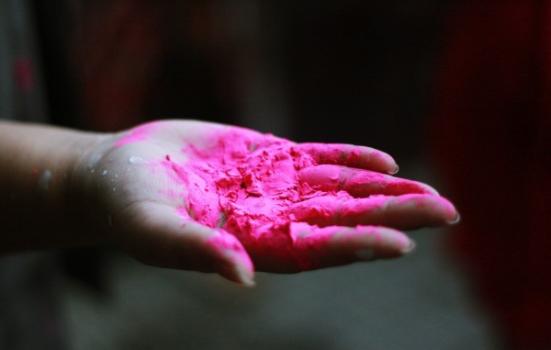 The Government’s flagship Industrial Strategy has come under fire for being ‘short-sighted’ and ignoring challenges facing the creative industries, which grew five times faster than the UK economy in 2015.

Although replete with praise for the creative industries as “strong” and “world class”, the strategy’s failure to address the impact of Brexit and challenges facing arts education has been heavily criticised by John Kampfner, Chief Executive of the Creative Industries Federation (CIF).

“There are a number of positive measures, such as funding for place-based cultural development and growing audiences, but the strategy needs to be much more ambitious and far-sighted,” he said.

“The Government has clearly been listening to calls, including from ourselves, to make the creative industries integral to the UK’s future growth and prosperity. But more concrete action is needed around education and skills development and to mitigate the impact of Brexit, which could result in the haemorrhaging of talent that is vital to the wider economy.”

The long-awaited Industrial Strategy – intended as a “new approach” to how Government and business work together – reveals more information about the anticipated sector deal between Government and the creative industries, as well as new funding to support place-based cultural development and creative uses of immersive technologies.

In terms of education, the strategy sets out plans to support the creative industries, which it says are heavily reliant on STEM (Science, Technology, English and Maths), by improving the take up and quality of maths education.

But it does not address challenges facing arts education, such as GCSE entries for arts subjects being at their lowest for ten years.

CIF stressed the need to address the drop in creative education, saying it is just as important as STEM subjects.

“Overlooking the urgency of this risks becoming an Achilles' heel for government and the failure of its industrial strategy,” Kampfner added.

Discussions around the creative industries ‘sector deal’, first announced in January, are ongoing, and an agreement on new policies to help the sector ‘underpin future prosperity’ is expected in coming weeks. Initiatives will focus on helping creative businesses to scale up, strengthening the copyright framework, increasing exports and improving the talent pipeline.

The Government’s strategy also provides more information about the £2m Cultural Development Fund, first announced in the Conservative Party Manifesto, and a new £33m ‘Audience for the future’ fund, which will support the development of immersive technologies by bringing creative businesses, researchers and technologists together to “create striking new experiences”.

The Cultural Development Fund, which will be launched in 2018/19, will support towns and cities to develop culture-led growth strategies. Noting a key attribute of strong local economies around the world is an “attractive cultural environment”, the strategy says the funding will “support the role culture can play in regeneration” and build on the success of the Northern Cultural Regeneration Fund.

The development of the sector deal is being informed by a review by Sir Peter Bazalgette, former Chair of Arts Council England, who urged the Government to invest £500m to boost regional creativity. He predicted such changes could create up to 1 million new jobs by 2030 and ensure the sector is worth £128bn to the UK economy by 2025.