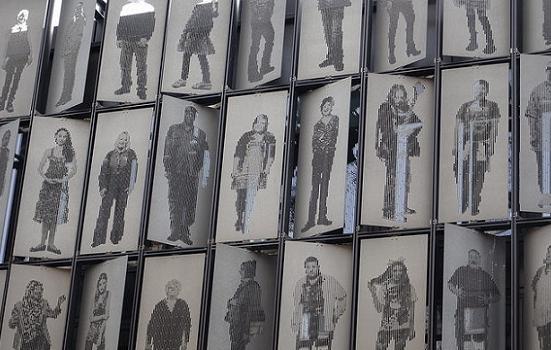 Facade of Liverpool Everyman, which dropped out of the 2018-22 national portfolio because of serious financial trouble
Photo:

A growing number of large, core-funded arts organisations are at risk of failing to meet their goals and face serious problems relating to issues including poor leadership and financial performance, Arts Council England has admitted.

Six months after ACE’s 2018-22 group of National Portfolio Organisations (NPOs) was established, the number of organisations being classified as facing a “major risk” – the highest of three risk ratings – was up 20% on the previous quarter.

49 NPOs were given this classification at the end of the period, an increase of 20% on the 41 NPOs rated as presenting major risks at the end of June the same year.

The revelations come months after Liverpool Everyman and Playhouse, an established NPO funded with £1.65m from ACE each year, was forced to drop out of the portfolio because it had fallen into serious financial trouble.

According to the minutes of ACE’s National Council meeting last November,  Jane Dawson, Director of Funding programmes, told ACE's board that while the overall risk profile of the portfolio remains “relatively stable”, there has been “an increase in the number of organisations with a higher risk rating”.

An ACE spokesperson explained this related to the number of organisations rated as having a “major risk” on deliverable goals – a series of factors that include financial viability, governance and management, whether an organisation is meeting its goals, and reputational risk to the Arts Council. Risk reports are presented quarterly, and the most recent report covered the three months ending on 30 September 2018.

“An increased risk rating could be the result of increased risk against any of these factors,” the spokesperson said, but declined to comment on the reasons for changes to risk ratings among individual organisations.

In December, Liverpool Everyman was forced to drop out of the 2018-22 portfolio, which the organisation says was a result of an unsuccessful experiment with a repertory company of actors that pushed it into serious financial trouble.

A spokesperson for the theatre said the model had taken the Everyman “towards a tipping point” and had caused unexpected strain on staff wellbeing, box office income, production costs and fundraising. ACE has ring-fenced the venue’s funding until 2022 at the same level, outside of the National Portfolio framework.

Three other organisations previously withdrew from the 2018-22 portfolio after having their applications accepted, but the Everyman was the first organisation to leave since the start of the 2018-22 funding round in April 2018.