Arts organisations forced to close due to Covid-19 may now be covered by their insurance. As always, the devil is in the detail. 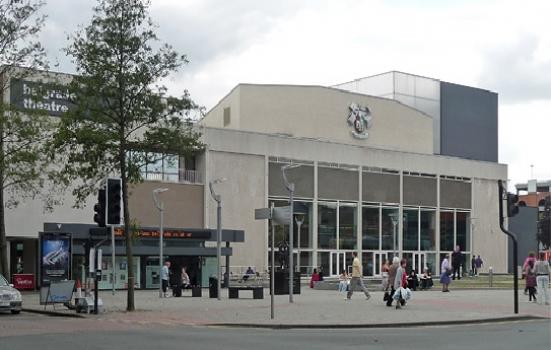 Arts organisations forced to close due to Covid-19 may be able to claim business interruption insurance following a recent High Court ruling.

The UK's Financial Conduct Authority (FCA) is warning insurers to pay up after the court ruled in favour of policyholders on most matters in a test case against eight insurers.

Those companies, which had rejected claims from small and medium-sized businesses, should now take "all reasonable steps to ensure that all those claims are ready to be paid and settled at the earliest opportunity," the FCA says.

Altogether, 21 different policy wordings for business interruption insurance were considered. Because policy wordings are often similar across insurers, the ruling could affect up to 700 policies offered by 60 UK insurance companies.

Lawyer Neil Adleman of Harbottle & Lewis said emergency funding received from the likes of Arts Council England may reduce the amount organisations can claim for.

"Whilst the court decision is extremely helpful in that it clarifies, in many instances, many sets of standard wording for business interruption cover, that's only the first barrier to cross," Adleman told ArtsProfessional.

He said some of his cultural sector clients are being paid out without too much difficulty, others have had their claims refused entirely, and others still are in a long process with loss adjusters - even if their losses are much higher than their policy limit.

"Many insurers are taking a tough line in requiring organisations to prove the level of loss they have suffered," Adleman said.

That level of loss may be reduced if organisations have received financial support since late March.

Insurers argued that policies covering "loss resulting from interruption of interference with the business in consequence … any occurrence of a notifiable disease" within a certain radius did not apply to Covid-19 because they only cover local outbreaks.

The FCA's argument was that Covid outbreaks were indinguishable from the widespread nature of the disease as whole - which the court agreed with.

However, "interruption" did not mean the cessation of business entirely, but general disruption and interference with business activities, the court decided.

When looking at policies that covered losses due to restricted access to business premises, the court agreed with the more limited interpretation proposed by the insurers.

It said policies containing phrases about emergencies and incidents "in the vicinity" only provide localised cover.

Not all insurance companies will be affected. While Hiscox and RSA are expected to pay claims worth millions, QBE said it is deciding whether to appeal. Lloyd's of London said it will "carefully consider" the implications of the judgment on its customers, indicating it may appeal also.

The FCA advises that policyholders can still seek to settle their claims before or during the appeals process.

Zurich and Ecclesiastical, which provides specialist insurance to theatres, galleries and museums, are not required to pay for business interruption claims related to the pandemic.

An Ecclesiastical spokesperson said the company agreed to take part in the test case because "we wanted to engage positively in the process to bring certainty and clarity as quickly as possible".

"Whilst the ruling supports the position we have taken, the judgment will clearly be disappointing to some policyholders."

Ecclesiastical has launched a fundraising portal for charities and provided "cover enhancements" to its cultural sector clients, the spokesperson said.