The former Parliamentary Private Secretary to the Education Minister recently came under fire for supporting education policy that would “destroy genuine creativity”. 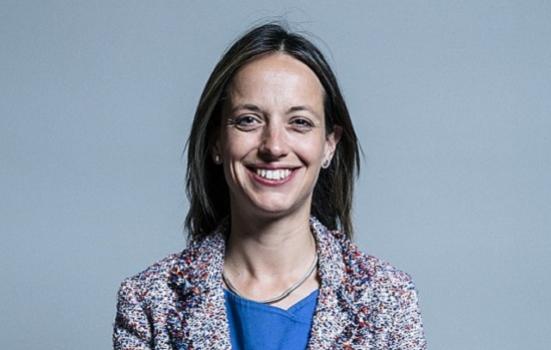 Helen Whately has been appointed Arts Minister. What does that mean for the sector?
Photo:

Conservative Party Deputy Chair Helen Whately has been appointed Arts Minister, making her the third person to hold the post this year.

The MP for Faversham and Mid Kent replaces Rebecca Pow, who held the role for only four months. Pow is moving to a position in the Department for the Environment, Food and Rural Affairs. Whatley will work under the recently appointed Culture Secretary Nicky Morgan, who remains at the head of DCMS.

On Twitter, Whatley she said she was delighted to join the department, saying “already lost count of the number of people who’ve told me I have the best job in government.” There is little evidence of her views on arts and culture, although she has a record of supporting technical education and strongly defending grammar tests for primary school children.

In April, Whately’s defence of SATs for primary school pupils was criticised by teachers, parents and authors, who said their emphasis on grammar stopped children from enjoying reading and writing.

“By forcing children to dissect grammar to [an] absurd degree you destroy genuine creativity and crush the life out of a love for language,” best-selling author Rowena House tweeted at the MP.

Whately replied: “Not what I see happening in practice. Learning grammar hasn’t stopped my children writing imaginative stories (just for fun) and reading for pleasure.”

She also claimed the tests were “an important part of the recent improvements in primary level education” and that plans to abolish them “would let down a generation of children”, despite an independent select committee review that found the tests were causing mental health problems for students.

“I haven’t seen any evidence that primary school tests are a cause of mental health problems,” said Whately. “My children forget to even mention they are doing tests they are so un-stressed about it.”

Whately’s voting record shows that she rarely rebels against the Conservative party whip. She initially campaigned to remain in the European Union but has since backed Brexit, and supports keeping a no-deal departure on the table.

She has also consistently voted for tighter immigration regulations and against the rights of EU nationals to remain in the UK. This puts her at odds with music sector bodies, who have highlighted Brexit’s potentially devastating impact on touring artists.

Whately’s most high profile activity includes advocating for better school funding, calling for flexible working to help parents and address the gender pay gap, and a 2016 controversy in which she defended the human rights record of Saudi Arabia after receiving thousands of pounds worth of hospitality from its government during “parliamentary fact finding” visits.