Tate Director Maria Balshaw said she was confident Legg would lead the organisation “into a new era”. 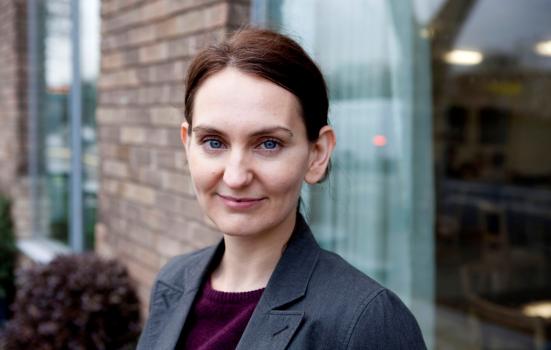 After over seven years as Director of visual arts development centre Spike Island, Helen Legg has been appointed as the new Director of Tate Liverpool and will take up the position this summer.

Her appointment, which comes as the Albert Dock gallery celebrates its 30th anniversary, will see her take over from Francesco Manacorda, who left the organisation in September 2017 to become Artistic Director of Moscow’s V-A-C Foundation.

Andrew Cooper, Chair of Spike Island, said he was “immensely proud” that Helen has been offered the Tate role. He continued: “I am delighted that she has been given such an exciting opportunity and challenge at this stage in her career.”

Legg became Curator at Birmingham’s Ikon Gallery in 2005, helping to develop a second gallery, Ikon Eastside, in a former factory building in an industrial part of the city. She then joined Spike Island in Bristol five years later as Director.

Legg has held a number of prominent arts roles, including as a judge for the Turner prize in 2014. She is also an external advisor to the Arts Council Collection Acquisitions Committee, Chair of Visual Arts South West, and a member of the Arts Council England’s South West Area Council.

Speaking about Legg’s appointment, Maria Balshaw, Director of Tate, said she was “thrilled” by the decision and was confident Legg would lead the institution “into a new era”.

“Her impressive track record at Spike Island and at Ikon mean she brings a wealth of expertise to the role,” Balshaw added.

“Her curatorial achievements and her experience of developing crucial networks and partnerships will help us attract the audiences of the future to Tate Liverpool.”

Legg earned a master’s degree in History of Art from the University of St Andrews in 1996, and an MA in Curating and Commissioning Contemporary Art in 2002 from the Royal College of Art.