A new report concludes that smaller organisations are being squeezed out as their share of Arts Council England’s regular funding awards has diminished. 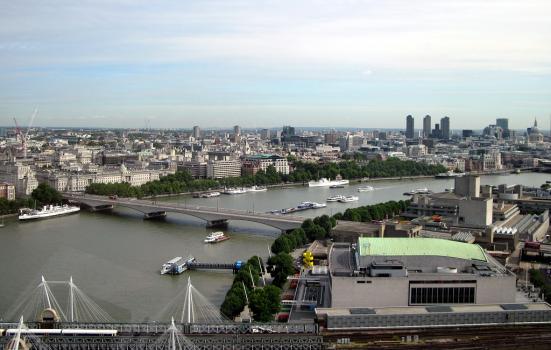 London-based organisations make up 21 of the 56 that receive over £1m a year
Photo:

New analysis examining the impact of Arts Council England’s (ACE) investment plans for 2015-18 has shed light on the extent to which smaller organisations are losing out on guaranteed 3-year funding, as a trend for fewer larger awards has been established. During a period when the total value of funding allocated to the regular funding of arts activity actually grew by more than £15m, the value of funding allocated to awards of less than £100k a year has halved, falling from £26m – 8% of the total budget in 2007/8 – to £13m, which represents 4% of the 2015-18 budget for National Portfolio Organisations (NPOs).

This analysis is presented in ‘Arts Council England’s National Investment Plans 2015-18: Hard Facts to Swallow’, which is the latest report by GPS Culture – the team behind the controversial report ‘Rebalancing our Cultural Capital’, which first lifted the lid on the imbalance in arts funding between London and the rest of England. The stinging new report puts forward a wide range of evidence, arguing that ACE’s current funding strategy will do nothing to improve the geographic imbalance of arts funding, rather, “during the three years of Arts Council England's 2015-18 investment plans the imbalance between national funding for the arts in London and in the rest of the country will worsen”. It also raises questions about the arts Lottery, equity and social value, expressing concerns that “the investment plans focus ever more benefit, increasingly Lottery-sourced, on those from the most advantaged backgrounds” and suggests that the involvement of many members of ACE’s National Council with some of England’s larger NPOs “might feed a perception that such interests could have a disproportionate influence on decision making”. The impact of local authority cuts is also covered in the report, which notes “a disturbing inconsistency between the Arts Council's relationship with local government in London and elsewhere” and concludes that “London has the capacity to do more to fund the arts for its own citizens”.

Analysis reveals that, whereas the number of organisations receiving less than £100k a year in regular funding has fallen by 352 since 2007, organisations receiving more than £1m have consistently taken 59% of all regular funding during this period. The authors point out that, in the 2015-18 plans, the 56-strong membership of this so-called “millionaires’ club,” is “far from homogenous and it is heavily concentrated in the capital… 21 are London based and receive between them 32.1% of the national budget”. They also draw attention to the number of larger awards now being made through the Lottery-funded Grants for the Arts (GftA) programme. ACE guidance indicates that the maximum award available within the programme will normally be £100k, yet in 2012/13, 51 larger awards were made, totalling nearly £11m.

The North East has lost 53 of the 61 sub-£100k awards for core funding that ACE made in 2007/08, while London has lost 59 of 121 during this period, and the South West has lost just 17 of 51. The authors say: “Such small organisations – typically lightweight, flexible and affordable and often specialist and culturally diverse – have a particular capacity to contribute to artistic innovation and to work with local communities across the country.” Their loss is potentially damaging to efforts by the sector to “contribute substantially to individual and community wellbeing”. But ACE disputes this interpretation. A spokesperson told AP: “An assessment of the latest portfolio shows that smaller organisations make up 27% of the overall total (180). This does not reflect a bias towards larger organisations. In fact, many of the larger organisations were guided towards lower planning figures in order to protect smaller and mid-scale organisations. Also, the benefit and impact of the work of larger organisations is felt by the wider arts ecology as a whole.”

When ACE introduced its application-based NPO awards system for allocating regular funding in England, it raised the minimum annual award level from £20k to £40k, as it was felt that the level of monitoring required for NPOs would be inappropriate below this level. Applicants for smaller amounts have since been directed to the GftA scheme. A number of companies who previously received regular funding but did not become NPOs are now funded through GftA – sometimes at a higher level. ACE explained: “Smaller organisations may find that Grants for the Arts is better suited to their needs. Examples of this include… Pavilion, a visual arts organisation in Leeds, which left the portfolio last time and has been thriving outside the portfolio delivering more strategic nationally significant work through GftA… [and] Dance in Devon and Plymouth Dance – both of whom we have had long term funding relationships with through grants for the arts.”

Asked what dangers they see in the loss of a large number of smaller organisations from regular funding, and what support mechanisms are in place to mitigate those dangers, ACE replied: “We took measures to protect smaller organisations during this funding round… We have increased the GftA budget to £70m a year. We are also developing programmes to address specific needs, such as our £6m fund to focus on increasing resilience and diversifying audiences, and our £15m fund to develop ambition and talent outside of London. This will support our objectives to build an ambitious diverse arts sector to ensure that we sustain an excellent arts infrastructure, particularly outside London, and help to achieve a vibrant arts and cultural ecology.” ACE has responded in full to the Hard Facts to Swallow report with a statement on its website.