Half victory for Arts Council England in disability discrimination case

The funder has been cleared of indirect discrimination but its lawyer admits "there was perhaps a lack of a full understanding" about its own recruitment policy. 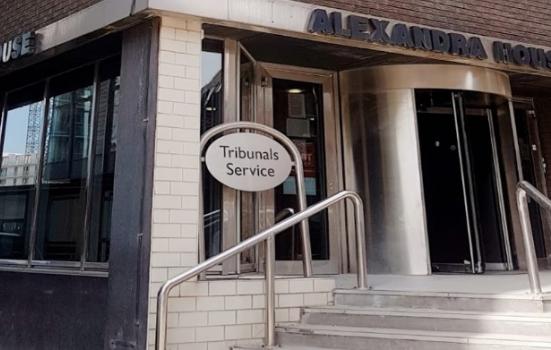 The case is progressing through the Manchester Employment Tribunal, pictured
Photo:

Arts Council England may not have understood its own recruitment policies when it rejected a disabled job applicant, a tribunal has heard.

The funding body was on Monday (September 20) cleared of indirect discrimination against Kevin Taylor, a career arts fundraiser who applied for a job there last year.

However, there is still a case for direct discrimination, with Arts Council England (ACE) now required to produce evidence of a scoring system it says Taylor failed to meet the mark on.

Taylor claims ACE rejected his application because it already had a non-disabled internal applicant lined up for the role, whilst the funder argues Taylor needed to score 66% - two percentage points higher than he did - to merit an interview.

ACE is part of the Government's Disability Confident scheme, in which employers voluntarily pledge to interview any disabled applicant who meets the minimum criteria for the job.

Initially rejected, Taylor was invited to interview after drawing ACE's attention to this policy.

However, he had booked a holiday in the interim and couldn't attend the next-day interview. An alternative date was not offered.

ACE's lawyer Benedict Gorner-Gateley said the funder may have lacked "full understanding" of what it agreed to do under the Disability Confident scheme.

"There is perhaps a confusion as to what the Disability Confident scheme actually entailed."

But this is irrelevant, he argued: "We say there was no less favourable treatment."

With the current backlog of cases caused by Covid-19, the case may not be fully decided until 2023.

ACE says managers were not "expressly aware" of Taylor's disability even though he mentioned it in his application.

He says he ticked a box to say he was applying under the Disability Confident scheme - but ACE is arguing the box was "not available at that time".

"The application portal as it existed at the time didn't have a clear and obvious way for the claimant (Taylor) to make it known that he had a disability," Gorner-Gateley said.

"In the application, he did refer to himself as having partial hearing loss but the application didn't alert the respondent (ACE) to his disability."

This was a problem with the portal that ACE was "still getting to grips with" and "not something the respondent is trying to hide behind," he added.

Taylor says this shows ACE did not follow its own processes and consider his application fairly.

Whilst ACE has progressed up the ranks of Disability Confident employers, numbers of disabled staff have been slow to shift.

There are few disabled people among ACE's directors and management, at 2% and 4% respectively.

ACE originally said Taylor was not invited to interview because the volume of applications was so high.

It later claimed he scored too low to reach the threshold for an interview, but has yet to respond to requests for information about this scoring system.

In his response to the invitation to interview, he wrote: "If I was able to attend, I could no longer have any faith that this would be a fair and transparent process."