The funder aims to develop partnerships with policy makers, funders and arts organisations to achieve a “lasting and systemic” impact. 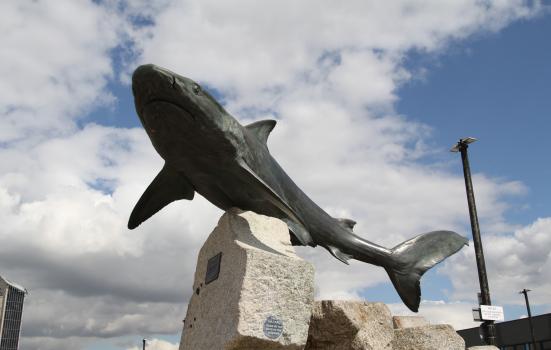 Artwork in Hull, the location for one of the foundation's civic engagement pilots
Photo:

The Calouste Gulbenkian Foundation is moving into the third and final phase of its major study into how arts organisations can better connect with and revitalise local communities.

The Foundation is seeking partners from funding and policy backgrounds to share “inspirational” examples of best practice around the globe to help tackle barriers to civic activity.

“Now is the time to rethink our relationships within our communities,” Andrew Barnett, Director of the Foundation’s UK branch, writes in the foreword to a new report on ‘Phase 2’ of the Civic Arts Inquiry.

“Tomorrow is too late.”

The Foundation’s inquiry is split into three phases. The first assessed what civic engagement means for arts organisation, highlighting common features of this type of work through a series of case studies. A 2017 report on this phase outlined the budgetary and capacity challenges standing in the way of sustained work between arts organisations and local communities.

The second phase, which has just finished, consulted arts organisations on these conclusions, asking them what sorts of partnerships, training and initiatives the Foundation should support, and sharing examples of best practice.

While respondents were generally supportive of the conclusions, some concerns were raised, and these have influenced the Gulbenkian’s approach:

The Gulbenkian says partnerships with funders, governments and arts organisations are central to addressing such concerns, and to developing programmes through which the arts could play a “connector” role with social, commercial and public authorities.

The Foundation has already supported several civic engagement pilots, including HEY100 – a Clore Social Leadership initiative also backed by Arts Council England, Big Lottery Fund and the Rank Foundation. This brought together social and cultural organisations in Hull and East Yorkshire to build leadership skills and capacity in order to help community and voluntary projects grow.

The Gulbenkian also recently launched a multi-million-pound project to support local communities in using the arts to make social change. 16 communities will make use of mentoring, peer-to-peer support and funding from a £4m pot over three years to create change “in ways they themselves have identified”.

Other plans include launching an international exchange programme in 2019 and working towards hosting a major international conference in 2020.

“Changing mindsets and practice takes time and courage”, says the report. “We see ourselves as a catalyst. We know that we don’t have all the answers: we can only ask the questions and connect those with the commitment and expertise to make a difference”.