A review of international approaches to funding culture concludes that “change is inevitable”. 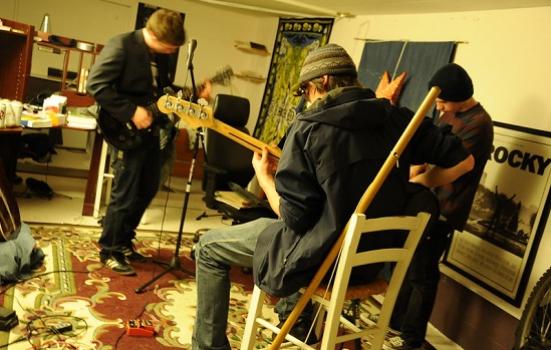 Creative Scotland has been told it will have to prove the value of culture to funders
Photo:

A “welfare model” of cultural funding based on regular grants of public money is increasingly unfit for purpose, according to a new report commissioned by Creative Scotland.

The report, which will inform Creative Scotland’s new strategy and funding approach, reviews different ways of funding culture and the creative industries around the world. It argues that a public grants model, used widely since the 1940s, is unable to meet the needs of today’s diverse and competitive sector, and that cultural organisations will need to develop new income sources through approaches such as repayable loans, crowdfunding and place-based initiatives.

Author Jeanie Scott writes that while the welfare model “has served agencies and the sector well over the last seventy years, it is struggling to accommodate and reflect the scale, complexity and diversity of our contemporary cultural ecology, its audiences and methods of cultural consumption.”

Summarising her findings, Scott says: “The overriding message is that changes can be applied, but challenges will remain within a public funding model – either fewer organisations are funded, or less activity is funded, or we must think differently about how cultural activity is funded altogether.”

The report is one of several pieces of research that will feed into Creative Scotland’s current strategy update and funding review. This began in November last year, following a high-profile controversy that saw the funder U-turn to restore annual funding to five organisations previously excluded from the portfolio. The organisation’s former Chief Executive Janet Archer left the organisation in July 2018.

Scott says that under the public grants model, “culture is treated as a special case in economic terms as a ‘market failure’ case. The government’s investment is based on protecting an inherently valuable asset (culture) that otherwise would be under threat in a market economy and is therefore supported at a cost to the overall economy.

“Sectors supported by this welfare model are generally characterised by high levels and rates of negative profit or break-even budgeting, consistently lower incomes compared to other industries and the economic viability of organisations is critically dependent upon this ‘grant-in-aid’ resourced by the rest of the economy.”

It acknowledges that the welfare model is “an essential component in the sustainability of arts and culture in many nations around the world, and a fundamental policy endorsement of the value of arts, culture and heritage within a civilised society” but says “a key difference from the 1940s when this model came into use is the sheer number, scale and breadth of organisations”.

“The types of business model in operation across the culture market are also very different, as are their marketplaces, audiences and support needs. Additionally, austerity economics and limited (and diminishing) public and private funds, means a shift in policy has been (very gradually) taking place since the 1980s. This shift has seen cultural policy designed to ‘protect’ high culture in a market failure model, to policy designed to support greater competition, self-reliance, diversity, growth and innovation.”

Despite this shift, some funders’ criteria “remain in line with a welfare model i.e. prioritising artistic quality, rather than evidencing ‘need’.” But given the growing focus on access and inclusivity for all communities, the report says “advocacy will increasingly need to prioritise the value of culture to those who fund it (i.e. in the UK, taxpayers, or in the case of Lottery funding, ticket purchasers)”.

The report adds that “in the UK, the seventy years of public investment in culture has built the foundation upon which our current creative industries success story rests. Continued public investment is critical both as a measure of civilised society and if further growth (at a local and national level) is to be realised.

“But it is also a truth that the level of public subsidy for culture in the UK has been at standstill for a decade and this is unlikely to change. Indications are that it will continue to reduce, with local authority budgets hardest hit and Lottery funding for culture experiencing a downward trend. Given this, change is inevitable.”

Among the weaknesses of the welfare model identified are that it “encourages dependency on public funds” and that zero budgeting is “unhelpful to attracting other types of finance”.

But Scott argues that philanthropy alone is not the answer, saying that outside the US and Tokyo, “no other nation currently achieves more than 19% of its total funding for culture from private sources”.

The report notes that large-scale philanthropic and corporate giving is dominated by capital cities and becoming more difficult to secure during a time of austerity. These limitations “mean the need to further diversify income streams and business models across the sector is critical.”

Among the other funding models examined are repayment finance, public match funding, crowdfunding, and micro-loans. However, “there is not enough data yet to truly measure how far [these] can translate and be adopted across the cultural sector”. The report says these “are not substitutes for core funding, but additional support to help organisations refresh and diversify their incomes”.

It warns that there is scepticism within the sector about these models. One heritage organisation is quoted saying: “We think repayable finance is a really dangerous concept – it is being treated like the magic bullet to unlock money for organisations, but actually it puts organisations into debt, in a country where private and personal debt is at an all-time high. Instead we need a government that understands that charitable organisations need funding from the public purse to undertake what the state used to do but has now stopped doing.”

Scott writes: “While most of the agencies I spoke to for this research would like to have found one, the truth is there is no ‘right’ funding model, and no model that would easily translate from one nation or national portfolio to another in its entirety. The guiding principle emerging from this study is that a strong funding strategy and model can only come from confident leadership and a clearly set out cultural policy, strategy and priorities.”

The report does not make specific recommendations, but says Creative Scotland must find a clear way to address dwindling public funds.

It says: “The impact of standstill or negative public funding on the cultural sector has to be acknowledged. After a decade of carefully managing how to do more with less, and with inflation continuing to rise, creative livelihoods have become increasingly difficult to maintain and the health and wellbeing of our cultural professionals is suffering understandable strain.”

“A focused strategy must be put in place, with clear priorities for how reducing funds are to be fairly and transparently distributed, and this must be communicated through a clear, mutually respectful and transparent process.”

Scott adds that “this is not a review of the value of investing in culture and creative activity through the public sector – this report is prepared on the basis that strong public support for culture will continue.”