Peers warned a reciprocal agreement with the EU for the creative industries is necessary to avoid returning to the “dark days of zero growth, little confidence and minimal opportunity”. 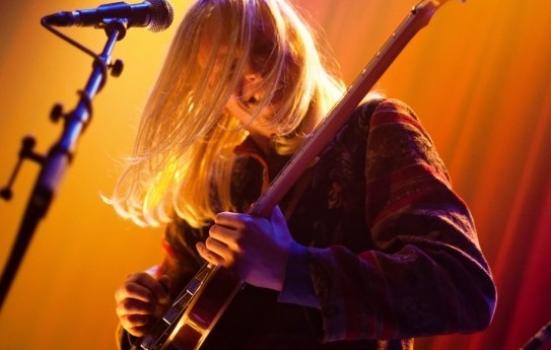 The Government has been accused of ‘stonewalling’ a series of amendments to the European withdrawal bill, which include specific protections for the creative industries.

At a debate in the House of Lords this week, peers raised plans to maintain “reciprocal arrangements” in the creative industries between the UK and the EU post-Brexit.

This would mean the current benefits of integration – such as short-term movement for creatives – would continue after 2019.

Lord Callanan, a Government minister in the Department for Exiting the European Union, stressed the Government wants to seek the “best possible outcome for the UK’s creative industries following negotiations with the EU”.

But when pressed on whether the Government would accept the proposed amendments, he said: “I think I have made clear that we are not going to accept them because we do not want our negotiating position to be constrained by them.

“We want to be as flexible as possible in the negotiations.”

In response, Lord Cormack said: “Quite honestly, I say with due respect to my noble friend, appreciating the difficulty of his task, that all he has presented to the House is a stonewall. Frankly, this is not good enough.”

Known as Amendment 146, the measure calling for “ongoing reciprocal arrangements in the creative industries” was proposed by Lord Wigley, Lord Judd, and Baroness Bonham-Carter.

It was supported by peers including Lord Stevenson of Balmacara, who said that without a reciprocal agreement, the UK’s creative and cultural sectors – which contribute £91.8bn to the UK economy – would “undoubtedly suffer irreversible economic and cultural damage”.

He warned EU countries are currently pitching to major UK broadcasters to move abroad, and that the country does not want to return to the era of the carnet in which an “enormous amount” of paperwork were required to move a camera from London to Rome.

“Unless we can wrap a reciprocal agreement around our creative industries, we risk return to those dark days of zero growth, little confidence and minimal opportunity,” he added.

Lord Stevenson was also one of several peers to raise concerns about continued freedom of movement. This has long been a focus of campaign groups including the Creative Industries Federation, which has repeatedly called for a responsive visa system which would allow creatives to travel on short notice.

The Earl of Clancarty said it is “absolutely essential” that British creatives have access to the rest of Europe as the time taken to secure a visa “is lost work”. He also highlighted the work of the #FreeMoveCreate campaign, which has been gathering data to help the Government understand the extent of concern about free movement.

Responding to the debate, a spokesperson for #FreeMoveCreate told AP: “Flexible travel for creative professionals is hugely important and something that needs to be protected post-Brexit.

“Almost 50% of creative professionals are self-employed, rising to 90% for some professions, which underpin the creative industries.

“It’s important these issues are raised as the EU withdrawal bill goes through Parliament. But #FreeMoveCreate is also taking this forward in discussions with civil servants and Government.”

It is unclear when there will be a vote on the Lords bill, but it is expected to be held before the summer.