Government should formally measure the value of culture, says Nesta

A model that asked people how much they would pay to save museums and cathedrals from closure can and should be applied more broadly, the charity argues. 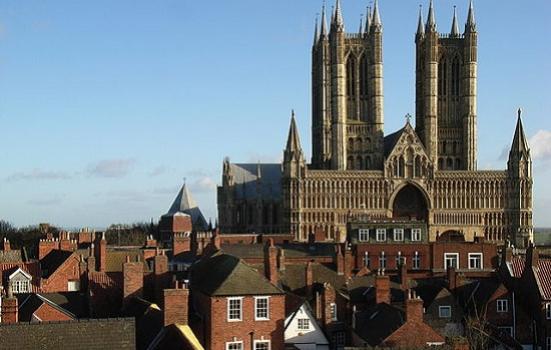 People were asked how much they would pay to save buildings like Lincoln Cathedral, pictured, from climate change damage as part of Nesta's research
Photo:

The Government should formally assess the public value created by all large culture and heritage projects, according to a new report from Nesta.

The innovation charity says techniques to for measuring the value created by culture are underdeveloped and undervalued when compared to those for valuing spending on physical infrastructure. It argues that this “almost certainly continues to skew public spending”.

The research seeks to challenge assumptions that economic valuation methods are not sophisticated enough to consider projects’ social and emotional value. It says approaches such as asking people how much they would pay to save local cultural and heritage assets should play a larger part in advocating for spending on culture.

“There is a widely held view in the cultural sector … that the sector transcends valuation and that there is a danger in reducing its complexity to a single economic measure,” the report said.

“This is despite the fact that implicit financial measures of the sector’s value are made regularly, both in terms of the general allocation of public funding and in individual business cases made to funders for specific projects.”

As part of its research, Nesta asked respondents to an online survey how much they would be willing to pay to prevent one of four regional museums – the Great North Museum in Newcastle, the National Railway Museum in York, Oxford’s Ashmolean Museum, and the World Museum, Liverpool – closing due to funding cuts.

People who had visited one of the museums in the last three years were willing to pay an average of £6.40, while those who had not done so said they would pay £3.50.

People were also asked about their willingness to donate to reduce the risk of hypothetical damage caused by climate change to cathedrals and other historic buildings in York, Lincoln, Canterbury or Winchester.

Recent visitors indicated they would donate about £7.40 to the cathedral or £9.60 to buildings across the historic city. Non-visitors offered an average of £3.70 to the cathedral, and £6.15 to the city.

By analysing these amounts, the researchers claim the amounts people would be happy to contribute to comparable museums or cathedrals would be broadly similar.

The role of expertise

The report’s authors Hasan Bakhshi and John Davies recommend that approaches like this should form part of an “interdisciplinary evidence base” for valuing culture and heritage, that includes citizen perspectives and uses digital technologies like virtual reality to better inform the public.

But they acknowledge that expertise about an activity or object’s importance or uniqueness is often needed to make judgements about its value.

“A concern relating to the use of valuation techniques in the cultural sector is that … the general population is not sufficiently knowledgeable to make these decisions and the result of a valuation determined by such choices would be less innovative and of lower technical quality,” the report said.

“An assessment of how much this is indeed the case could be built into the trialling of such initiatives.”

British Council in talks with Government over emergency funding

Thursday, 04 June 2020
Coronavirus lockdowns around the world have forced the British Council to cancel its cultural diplomacy activities and shut down the vast majority of its English language schools and test centres,... read more
(Politico)

Thursday, 04 June 2020
Tate is planning ro reopen its London galleries - Tate Modern and Tate Britain - early in August if there is no escalation of coronavirus cases in the UK, but is expecting only 30% of its pre-... read more
(ARTnews)