Arts Minister Helen Whately said the proposed scheme risked detracting from the success of existing initiatives such as City of Culture. 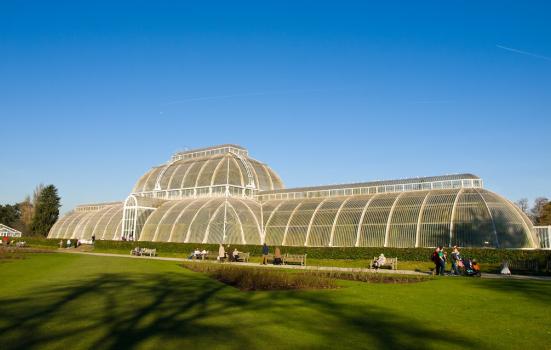 The Palm House in Kew Gardens

The government has rejected a call by MPs to create a ‘UK Garden City’ scheme to promote garden tourism.

The DCMS Committee had recommended that the department should scope out such an initiative, comparable to the existing City of Culture scheme, with a view to launching the first competition before the end of next year.

The proposal came in the Committee’s Garden Design and Tourism Report in July. This found that garden tourism generates almost £3bn a year for the economy, but said gardens’ cultural value and contribution to the wider creative economy is not fully recognised.

The government said in its response that introducing a Garden City “risks confusion” with City of Culture and other schemes such as Britain in Bloom, and could “dilute the positive impact” these have had.

DCMS committee chair Damian Collins said members were “disappointed” by the decision but “hope the government will consider this again in the future”.

The government has accepted the need for a new initiative to boost the number of international visitors. The committee’s report suggested that DCMS convene a task force to better co-ordinate garden tourism marketing activity.

Helen Whately, minister for the arts, heritage and tourism, will convene and chair a garden tourism marketing meeting, including representatives from VisitBritain, the garden sector, and visitor attractions and public bodies with a horticultural interest, this autumn with a view to aligning strategies to increase visits.

Collins welcomed this initiative. “There is clearly a growing demand with international tourists putting our ‘crown jewels’ of gardens, such as Kew Gardens and the RHS Chelsea Flower Show, on their lists of ‘must sees’,” he said. “But we know that garden attractions across the country are missing out on the economic benefits that come with visitors who love British gardens.”

The government has also accepted the committee’s recommendation that the new Tourism Data Hub, part of the first tourism sector deal announced in June, should help measure the economic contribution of garden tourism.

And it agreed with the committee that DCMS and VisitBritain should build on guidance issued to Local Enterprise Partnerships (LEPs) in April by more explicitly championing garden tourism and ensuring that tourism is included in the strategies of areas with the 20 most visited gardens outside London. Rebecca Pow, former minister for the arts, heritage and tourism, has written to the chairs and chief executives of the LEPs with these garden attractions.

Whately acknowledged in her foreword to the government’s response to the DCMS committee’s report that gardens were a key part of the country’s heritage and culture, and helped spread tourism to all regions, bringing economic and social benefits to communities.

“In addition, gardens make a significant contribution to our creative economy: from Lancelot ‘Capability’ Brown to Gertrude Jekyll, the UK has long been feted for its prowess in garden design,” she said, before noting the enduring popularity of the RHS Chelsea Flower Show.

Whately said the committee was right to point out challenges facing the garden sector. “It can be hard for gardens and other tourism attractions to coordinate marketing to achieve substantial international impact,” she said. “Done collaboratively, this could have the power to develop the UK’s international garden tourism market and attract visitors out of London into regions, and also out of peak seasons and into quieter off-peak periods.”

The committee had also recommended that DCMS should work with the Office for National Statistics to introduce new measures to capture gardens’ contribution to the wider creative economy. But due to an ongoing review of economic estimates for DCMS sectors, the department says it will not commit to providing measures for any particular sector.