The institution will champion non-drug treatments and create a body of knowledge to support healthcare workers. 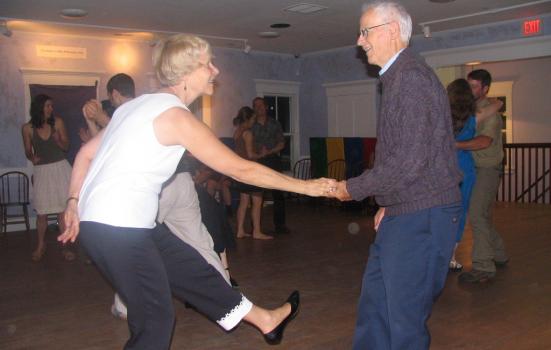 Dance classes could be offered to patients under plans to expand social prescribing
Photo:

The Government plans to create a national academy of social prescribing to champion non-drug health treatments such as participation in the arts, Health Secretary Matt Hancock has announced.

Speaking to health think tank the King’s Fund, Hancock said the organisation would be “a resource which GPs and other frontline health workers can draw on for guidance and expertise. Where they can learn what works, and what’s available in their communities.”

He added that the academy would “be the champion of, build the research base, and set out the benefits of social prescribing across the board, from the arts to physical exercise, to nutritional advice and community classes.”

The academy is one of the three key social prescribing ideas that the government is looking at in tandem with Arts Council England and DCMS.

It also plans to increase the use of libraries to deliver social prescribing interventions such as dance classes for older people, choirs for loneliness and mental health reading groups.

And it will investigate using music to help people with dementia, through interventions such as personal playlists.

Hancock paid tribute to the Creative Health report, published last year by the All Party Parliamentary Group on Arts, Health and Wellbeing, for its analysis of the impact of arts interventions on health.

The report found that the arts and social activities can support wellbeing and help meet major challenges facing health and social care such as ageing, loneliness, mental health, and other long-term conditions, while also saving money.

The speech follows a slew of announcements that have pushed social prescribing up the political agenda since Hancock moved to the Department of Health from his previous role as Culture Secretary in July. Weeks after taking up the role, Hancock announced a £4.5 million fund to support GPs in prescribing community activities to patients. And the government’s recent Loneliness Strategy promised that by 2023, GPs across England would be able to refer patients to local activities and services via ‘link workers’.

But Sally Copley, Director of Policy, Campaigns and Partnerships at Alzheimer’s Society, warned that social prescribing was not in itself a solution for addressing the growing prevalence of dementia.

“There is no denying that social interaction, music and the arts have a key role to play in helping the 850,000 people with dementia across the UK to feel empowered and able to continue to doing the things they enjoy, she said. “We know from activities like

Alzheimer’s Society’s Singing for the Brain groups just how valuable the arts are in helping to combat the isolation and loneliness felt by many people with dementia.

“It is certainly a positive step to be focussing on the wider picture of person-centred care but we cannot see music and the arts alone as some kind of silver bullet for people with dementia.

“What we really need to see in addition to social prescribing is GPs giving people with dementia access to the right support and medication when needed and, crucially, the government ensuring adequate funding for care is addressed in the upcoming green paper.”