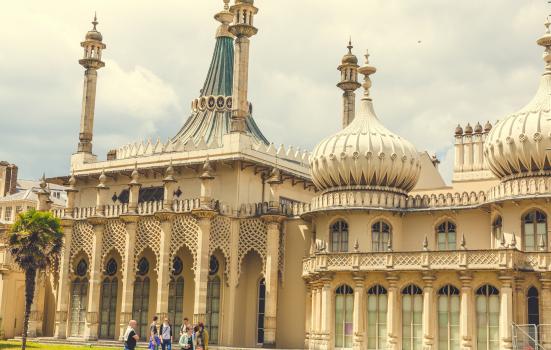 The government has pledged £4m to overhaul the way visitor attractions are marketed and promoted at local level as part of efforts to boost tourism.

Following an independent review of the existing system, conducted last year by Nick de Bois, Chair of the Advisory Board at VisitEngland, the government has said it will enact the majority of 12 recommendations for an overhaul of the system.

Existing Destination Management Organisations (DMOs) will be renamed as Local Visitor Economy Partnerships and will form part of a "new structured system", whereby those that successfully meet certain criteria will become part of a "national portfolio".

The government has pledged £4m to fund the new accreditation scheme, which will be developed and administered by VisitEngland. The funding will also be used for a multi-year pilot scheme in one region of England, giving one top-tier DMO or a group of local DMOs the opportunity and investment to restructure under a new model, to show the best their region has to offer.

Stokes said that the pilot programme represents an opportunity to demonstrate the benefits that the reforms will have, if rolled out nationwide.

"We will also be able to really measure an element of funding at a regional level to develop tourism and what impact that will have," he said.

"This will also strengthen the case for future funding.”

The new accreditation scheme, designed to make it easier for tourists and business event organisers to find the right location, will see DMOs split into three tiers.

The "regional tier" will consist of Destination Development Partnerships that act as the main conduit of information between the government and the tourism sector and are able to receive multi-year core state funding via VisitEngland.

The "intermediate tier" will consist of Accredited Tourist Boards that are members of Destination Development Partnerships and able to receive funding from them.

The "local tier" will consist of Local Marketing Organisations, unaccredited and unaffiliated with any Destination Development Partnership, and unable to receive funds from the central government. Their role will be focused on marketing and promotion.

VisitEngland is preparing to begin consultations with DCMS and its DMO partners, “to develop an accreditation process and criteria for a national portfolio of LVEPs,” Stokes said.

“Some of the early thoughts on criteria are that they will be membership organisations, interact with their local industry, work with their local government bodies and have a function around destination development."

‘A move in the right direction’

Malcolm Bell, CEO of VisitCornwall, said that the government’s response to the report was “a good move in the right direction”.  Bell previously worked as director of one of 12 regional tourist boards run by VisitEngland and VisitBritain.

“Since their demise 12 years ago, it’s almost been a bit of anarchy, with lots of different organisations – very confusing at times,” he said.

The proposed “federal approach”, in which a large regional DMO promotes an entire region with smaller DMOs focused on promoting particular sights and destinations within that region should improve the ability of tourist boards to accurately pinpoint and respond to customer expectations, he said.

“You might have an overarching DMO but that doesn’t mean you shouldn’t have local delivery. This shouldn’t be wiping places off the map.”

He added that a large part of DMOs’ work involves marketing, meaning that to execute a successful restructure VisitEngland will need to do in-depth research on how existing and potential visitors view the different holiday regions of England.

“You’ve got to go with what the customer recognises, not local authority boundaries or other boundaries,” he said.

But he added that DMOs also have a crucial role to play in improving the system.

“We’ve got to look at ourselves and be honest that we do need to rationalise things. It’s not just a matter of money. The system is broken and it needs sorting and DMOs have got as much to do on that agenda as anybody else,” he said.