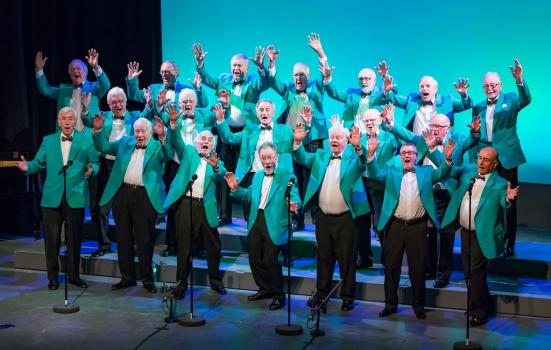 The Government is encouraging doctors to prescribe arts activities
Photo:

The Government has called for a greater role for charities and communities in the delivery of public services.

A new Policy Paper, The Civil Society Strategy, says that while “Government alone cannot solve the complex challenges facing society”, it can “help to bring together the resources, policies and people who, between them, can do so”.

Aims include encouraging communities to take over the ownership and management of local assets, developing new funding models, and increasing opportunities for public services to delivered by employee-led mutuals.

The Government says it will “continue to encourage communities to use the community rights available to them”, which include a “preferential right to bid for public buildings and other assets which have a clear community value when they come up for sale”.

The document highlights the growing number of libraries run by communities or employees. It says that the government “will encourage further peer learning and support between mutual and community-managed libraries, and ongoing positive relationships and support between them and their local library authorities”.

In addition, the Department for Digital, Culture, Media and Sport and the Ministry of Housing, Community and Local Government will investigate “the barriers to and opportunities for more sustainable community hubs and spaces where they are most needed”.

The Government will consult with key partners relating to this “with a view to launching some pilot projects later in the year”.

The document also says that “the Government is exploring means of ensuring community-led enterprises which take over public assets or services are able to secure the funding they need”.

It acknowledges that “these initiatives must acquire a genuine asset, not simply a liability, and that they often need non-repayable finance in the form of equity or grants to get going”.

The Government’s vision for civil society would require “new models of investment and funding in communities, which bring together finance from a range of sources and have a clear mandate to raise social and economic outcomes”.

The Government will work with Big Society Capital and others “to develop new models of community funding, which bring together social impact investment with philanthropic funding, crowdfunding, community shares and corporate investment to create substantial place-based investment programmes”.

This work will be kick-started with £35m from dormant bank accounts.

Current support programme for public service teams that want to form mutuals is described as proving “popular and successful”, and the strategy includes an intention to consult on extending this support to community-led and social organisations that are already outside the public sector and wish to deliver public services: “This would create an environment of far greater user-led, community-led and staff-led delivery”.

One local authority that has used government support to spin out its arts service to a mutual is Dorset County Council. Since 2015, the authority’s arts services have been managed by the Arts Development Company, an employee-led social enterprise which says it is “the only dedicated arts service in the country to become a public service mutual in this way”.

No new specific funding for arts and culture is announced, but the document acknowledges the role that these can play in supporting a range of policy outcomes. It says that the Government “recognises the social and cultural roots of economic growth”, and that “places need to be ‘liveable’ as well as ‘productive’…“Research shows the value of attachment to place for boosting investment in a local economy, motivating people to find work in a particular place, and encouraging young people to remain in those places where they have strong social capital.”

A statement from Health Secretary and former Culture Secretary Matt Hancock points out that social prescribing by GPs, such as supporting people to participate in the arts, is “one of the most promising developments in the modern NHS”.

The strategy sets out an aim to involve communities in commissioning cohesive public services, saying: “Rather than being seen as a place of distinct policy priorities – health or crime or educational underachievement – a community will be seen as a ‘system’ of interconnected parts, each of which impacts the others.”