Students’ association President pushes for change following upset over a guest speaker’s allegedly racist and transphobic remarks: “I know the school is sympathetic and keen to remedy these sort of situations.” 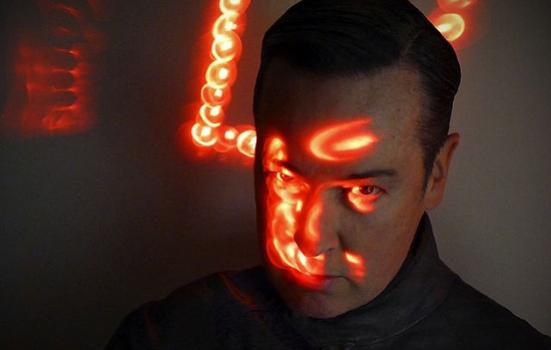 Glasgow School of Art (GSA) has defended a lecture containing allegedly racist and transphobic remarks, saying it reflects its commitment to “encouraging robust debate”, but is considering changes to how the programme is run in future.

Several students walked out of a guest lecture from writer and photographer Peter Paul Hartnett last week, delivered as part of the school’s Design Domain course for Year 2 and 3 students.

A member of staff later emailed students to apologise, saying Hartnett’s comments were “hurtful, outdated and offensive”.
But GSA says the lecture was part of a long-standing tradition of hosting guest speakers who have “sometimes controversial views and cultural reference points”.

“Advancing ideas and learning in this way is a critical part of what we do as an art school because it exposes students to new and challenging ideas … To not do so would result in a significant diminution of student experience.”

“In everything, context is essential,” the spokesperson wrote.

However, they declined to supply a copy of Hartnett’s lecture to ArtsProfessional to provide certainty about the offending comments and their context, saying it was not a public event.

Hartnett did not respond to a request for comment.

Marini said he will be pushing for students to have more say in which guest speakers are invited, trigger warnings for lectures about sensitive topics, and an independent moderator for the sessions, hopefully in time for the next semester: "I believe this is possible despite the sometimes frustratingly slow pace of implementation in higher education institutions."

While some students enjoyed Hartnett’s lecture, it was important to address others’ concerns with more than “a tokenistic acknowledgement that it might have hurt some people,” Marini said.

“I think it’s imperative that we are pushing boundaries but we have to be respectful … it’s not the first time stuff like this has happened and there is some progress being made in the school.

“I know the school is sympathetic and keen to remedy these sort of situations.”

Controversy over the lecture coincided with an announcement that GSA’s interim Director plans to step down.

Professor Irene McAra-McWilliam has decided not to apply for the position of permanent Director and will resume her role as Deputy Director (Innovation) once a replacement is found: “[I am] honoured to have led the Glasgow School of Art through one of the most challenging periods in the school’s history,” she said.

McAra-McWilliam and Professor Ken Neil were appointed joint interim Directors in October last year following the resignation of Director Tom Inns, who left after he was ordered to stop working, locked out of the school’s IT system and placed on sick leave by then-Board Chair Muriel Gray.