Gentrification must be managed to protect culture in capital

3,500 artists risk losing their workspaces by 2019, according to a new report on the threat that regeneration can pose to creative communities. 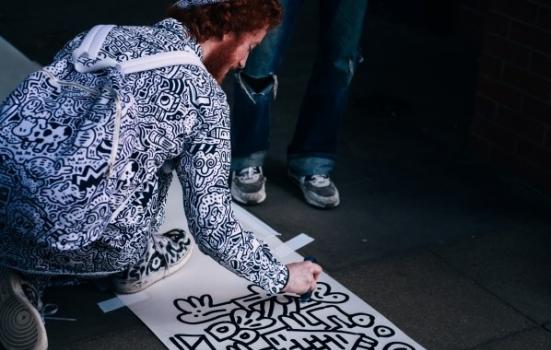 Gentrification and “rocketing” property costs must be managed to protect arts and culture in the capital, a new report urges the London Mayor.

Produced by the London Assembly Regeneration Committeee, it calls on the Mayor to protect grassroots venues, publish borough-by-borough data on average rents and pilot an affordable ‘Creative Enterprise Zone’ in Hackney.

“Culture has the power to regenerate places, but due to rising land values, running costs and reduced public funding, cultural venues and communities are increasingly threatened,” said Assembly Member Navin Shah, Chair of the Regeneration Committee.

“Regeneration must also protect and deliver culture. The Mayor has a key role to play but we also need to make sure that local communities truly lie at the heart of all cultural regeneration projects.”

The report, 'Creative tensions: Optimising the benefits of culture through regeneration', aims to influence the development of the London Plan, the overall strategic plan for the capital which sets out a framework for development over the next 20–25 years.

It notes that although the vast majority of visitors to the capital reportedly come because of ‘culture and heritage’, 35% of London’s grassroots music venues closed from 2007-2015 and 3,500 artists are likely to lose their places of work by 2019.

It argues that rising rents ultimately price people out of areas and cause tension between old and new resident communities, and that the resulting marginalisation of certain groups adds to a homogenisation of residents and culture in the area.

“Culture has the power to regenerate, but it needs encouraging, enhancing and protecting, often from the threat of regeneration itself,” Shah added.

The report outlines various models to ensure affordable workspaces. It praises Wandsworth Council’s requirement for all significant developments to increase the range of arts and cultural opportunities in the area, and suggests introducing business rate exemptions for artists and support for buying studios.

But the report cautions that current live-work schemes are “ineffective”, as examples in Hackney offered a formula for developers to build space billed as live-work, but which were occupied “more often than not as pure residential”.

The report also calls on the upcoming London Borough of Culture Award to align with principles of sustainable culture-led regeneration.

A spokesperson for City Hall said: “We welcome the Assembly’s report highlighting the importance of culture in regeneration projects across London.

“The Mayor recognises the unique contribution made by artists to the city and is committed to improving access to dedicated, affordable workspace so that the next generation of creatives are given the extra support they require to flourish and London can continue to be the cultural capital of the world.

“We will review the Assembly's recommendations as we finalise the details on the Mayor’s cultural initiatives.”

I have written about this in the context of Washington, DC for years. In a market economy, if you don't want to be displaced, buy the buildings. Create "community development corporations" (in Europe, the SEMAEST initiative in Paris is a good example, although they buy buildings for independent retail) to buy the buildings. http://urbanplacesandspaces.blogspot.com/2016/06/btmfba-best-way-to-ward-off-artist-or.html