Incoming Executive Director Erin Gavaghan believes the sector still has work to do on changing traditional working structures to make them more appealing to women. 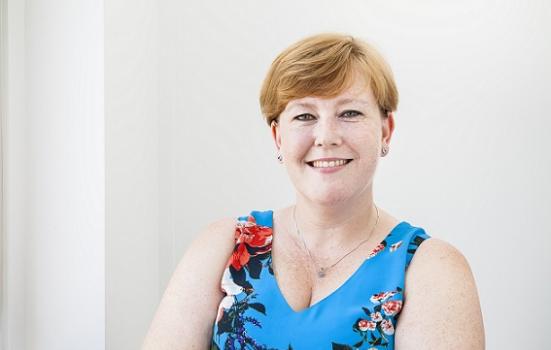 Erin Gavaghan will become Clean Break’s new Executive Director in October, completing a leadership restructure that began with the appointment of co-Artistic Directors Roisin McBrinnn and Anna Hermann in May.

Her appointment at the female-led company, which presents theatre on stage and in prisons, follows six years at Siobhan Davies Dance where she is currently Executive Director.

Gavaghan moved to the UK from Canada in 2000 and has held roles including General Manager at Soho Theatre and Stewards Administrator at the Royal Albert Hall. In 2012 she became a trustee of Deafinitely Theatre and joined Siobhan Davies Dance, initially as General Manager.

Reflecting on her time at Siobhan Davies Dance, she said: “I’m proud of implementing a more business-oriented approach during my time at the organisation. And I also did a lot in terms of restructuring over the past few years.

“But my first love is theatre – it’s what I trained in. I feel like Siobhan Davies Dance is in a good place to take its own changes forwards, so it made sense to move on.”

Discussing her ambitions for the new role, Gavaghan said she approaches the arts “from a facilitator point of view”.

“I love to be part of the mission which makes more art happen,” she added. “I feel like McBrinnn and Hermann have really clear ambitions for Clean Break and I can’t wait to help those happen.”

Gavaghan’s appointment at Clean Break follows increasing awareness about the structural challenges facing women in the arts. Research by AP revealed that although women outnumber men in the arts workforce – 46% to 39% – they remain significantly under-represented among Chief Executives, Artistic Directors and Chairs of the largest arts organisations in England.

Among Arts Council England National Portfolio Organisations, women took less than half of positions among Chief Executives in larger NPOs.

Reflecting on this, Gavaghan said it was clear the sector still had work to do on adapting traditional working structures and making them more accessible and appealing for women.

She also stressed the importance of having a healthy work-life balance. “We spend a huge amount of time at work so the least we could do is try to make sure people enjoy it.”