Parliament will debate whether visa-free work permits should be renegotiated as the Government blames Brussels for rejecting its "ambitious" proposals. 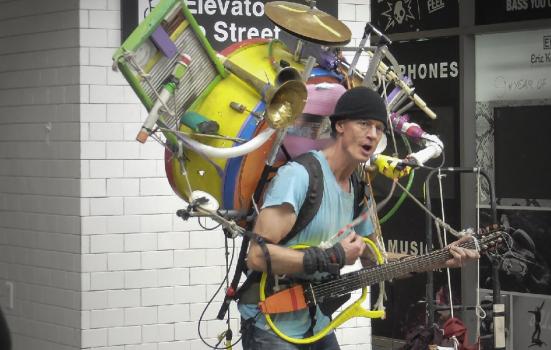 Musicians are outraged at news the UK rejected an offer of visa-free touring during Brexit negotiations.

DCMS, speaking on behalf of the Home Office, has derided the reporting by The Independent as "incorrect and misleading speculation from anonymous EU sources".

A source close to negotiations told the newspaper the EU offered 90 days' visa-free touring for British artists, but the UK rejected this as it was unwilling to reciprocate.

"It is usually in our agreements with third countries, that [work] visas are not required for musicians. We tried to include it, but the UK said no.”

Government may be forced to revisit the issue amid pressure from sector organisations. A petition calling for it to negotiate a visa-free cultural work permit had nearly 250,000 signatures on Monday afternoon, surpassing the threshold to trigger a parliamentary debate.

Trade agreements with the EU include a review clause that allows the list of business activities permitted without work visas to be revisited.

The Government has blamed Brussels for the costly work permits now required for travelling musicians.

It claims it pushed for a "more ambitious" agreement to cover musicians and other business travellers' activities under a visitor visa "but our proposals were rejected by the EU".

While the Government asserts it "is not true we turned down a bespoke arrangement", the 90 day offer is a standard arrangement used by non-EU countries including the United States.

Musicians' associations reacted swiftly and with alarm, calling the news "a serious breach of trust".

ISM Chief Executive Deborah Annetts said the stark contrast between ministers' statements to parliament and recent reporting raised questions about the Government's assurances that it understood the importance of "frictionless" travel for musicians and advocated for it.

"We need complete transparency on what was discussed during the negotiations and an urgent statement in the House of Commons outlining what steps the Government are taking to protect our world leading performing arts sector."

Trade negotiations with Brussels should restart, she added.

"A better deal for UK musicians should be included in those talks."

The Musicians' Union, having campaigned for a 'musicians' passport' for three years, also demanded clarity.

"The news, if true, that our own elected representatives chose to turn down such an offer is nigh-on unbelievable," General Secretary Horace Trubridge said.

"UK and EU both saying they wanted to allow musicians to tour freely post-Brext but were rebuffed by the other side," he tweeted.

"There is political will on both sides to fix this, so they should get around the table and agree a solution now."

Caught in the crossfire

The UK's desire to end freedom of movement has resulted in a much trickier visa process for musicians on both sides of the Channel.

With the absence of a wider agreement, British nationals must adhere to the individual work visa requirements of different EU countries.

Italy, Denmark and Spain, for example, currently require short-term work permits for non-EU citizens, but nothing is needed for stays of up to 90 days in Finland, France and Belgium.

The extra cost of hiring UK workers prove prohibitive - at the very least, it will make them less attractive than EU nationals.

For EU musicians eyeing a UK tour, the situation is little better. To earn anything above their expenses they must have a work visa or be exempt under Permitted Paid Engagement rules, which allow visitors to work for up to a month.