ACE will be changing its branding guidelines following questions about the failure of The Space to acknowledge its primary funder on the homepage of its website. 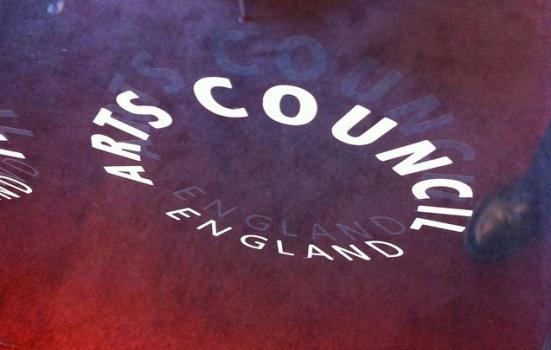 Arts Council England (ACE) has told AP that it will be changing its logo guidelines following questions about why The Space, ACE’s flagship digital arts joint-venture with the BBC, has been permitted to ignore the terms and conditions of its grant relating to acknowledgement of ACE funding.

All ACE-funded organisations with websites are required to display ACE’s logo in a “clearly visible” way, positioned “on the home page above the fold” with a link to ACE’s website, “so people know who we are and how they can apply for our support”. Grant recipients – including those who are commissioned to produce work for The Space – are told that “using an acknowledgement logo is a condition of receiving your grant award” on the grounds that “a condition of the public’s support for public funding for arts and culture is knowing where and how their money is being spent”. Also, when the value of support given is “substantial”, ACE reserves the right “to request that we are shown all the communications materials that you produce”. Funding applicants are told that not acknowledging ACE’s support is a breach of its terms and conditions “and may affect your grant payments and/or any other future activity for which you request funding”.

But despite total Lottery funding to The Space that will amount to £11.6m between 2011/12 and the end of 2015/16, ACE has never required The Space to abide by these rules. Until AP pointed out this omission, there was no mention of ACE at all on The Space’s home page, and the only credit for its primary funder was within the ‘About us’ section of its website.

When AP challenged ACE as to why The Space was being permitted to flout its logo rules, a spokesperson replied: “It won’t surprise you to know that there are plenty of organisations that don’t 100% conform to these guidelines, where we are alerted to it, we ask them to look at the guidelines.” Following this, some text appeared in the footer of The Space homepage, crediting The Space as having been “founded by the BBC and Arts Council England”. But there is still no logo and no mention of the funding relationship. An ACE spokesperson defended the omission, telling AP: “the relationship is slightly different in regards to where the logo needs to be, so it’s not really the same rules that might apply say to a Grants for the Arts recipient.” AP asked ACE whether the BBC had blocked the use of ACE’s logo on The Space; whether any other organisations had been given a special dispensation to ignore the funding guidelines; or whether any organisations other than those for which ACE was a ‘Founding Partner’ were exempt from applying its branding guidelines. A spokesperson replied: “I have been informed this morning that we are currently updating our branding guidelines so I think much of what you’ve asked refers to some outdated guidelines I’m afraid.” The new guidelines are due to be published “in the autumn”.

The Space, which is a Community Interest Company, provides a free-to-access platform for showcasing UK art projects to the general public. It went live in May 2012 with a £3.5m Lottery-funded contribution from ACE for commissioning arts works. When ACE struck a deal with the BBC in 2013 to extend the partnership for three more years, it committed a further £8.1m of Lottery money to The Space. But Lottery rules forbid grant-making to related parties, and in May 2013 ACE had to give assurance to the Minister with responsibility for the National Lottery “that a further award of Lottery funding beyond this £8.1m will not be made”. Also, it had to commit to “altered governance arrangements for The Space beyond an initial three year period such as to remove Arts Council England’s direct involvement”.

Two years later, The Space is now recruiting for a new Chair following the sudden departure of former Chair Alex Graham after just a year in post. The only independent member of the board, he left citing lack of time to do the project justice, though media speculation suggested that his resignation may have been as much to do with a desire for a change in focus by ACE and the BBC. His departure leaves a board of just four – two Arts Council directors, including ACE’s National Director of Communication, and two senior executives from the BBC – although Lisa Opie, the BBC’s Controller of Business, Knowledge and Daytime, does not mention this in her declaration of interests. Three others board members, including former ACE Chief Executive Alan Davey, have left the board in the past six months.

The Space is also without a Chief Executive following the departure of its launch Director Ruth Mackenzie, who has been appointed Director of this summer’s Holland Festival. Recruitment for this role is now underway, and ACE and the BBC are currently reviewing The Space, with a paper on Digital and Creative Media being presented to National Council this month.

I'd suggest that ACE also consider (if they haven't already) that the concept of 'above the fold' isn't that simple when people access websites from mobile, tablet and other devices, not just PC screens.

BBC makes Space for the arts
Digital commissioning evaluation reveals lessons to be learned
Is The Space a misuse of public money?
Corrupted Space?