The online public discussion set to inform the White Paper on culture has reached its fourth and final stage, focusing on the reach of UK culture internationally. 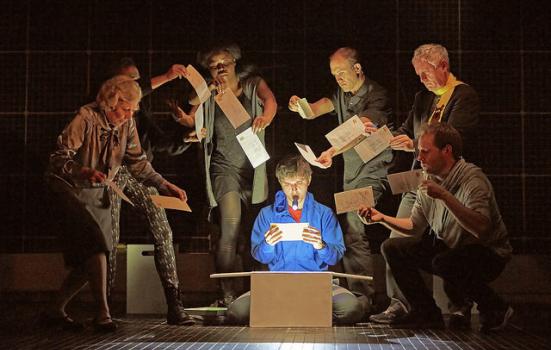 The Curious Incident of the Dog in the Night-Time, a National Theatre production currently playing on Broadway
Photo:

Photo by BrinkhoffM+Âgenberg. Via The Lowry on flickr.com (CC BY-NC-SA 2.0)

The final online discussion to inform the upcoming White Paper on culture is underway. ‘The Cultural Diplomacy Challenge’ invites the public to suggest measures to support cultural exchanges, partnerships and collaborations between the UK and other countries.

Users are encouraged to post and discuss ideas about how small businesses may benefit from cultural activity overseas, whether any countries’ or cities’ branding is particularly noteworthy, and what positive and negative experiences creative businesses have had whilst collaborating internationally. The UK Year of Culture in Mexico and the strengthening of ties between British and Chinese museums are held up as evidence of successful cultural diplomacy to be built on in 2016.

The previous topics discussed via the DCMS’s #OurCulture portal – engagement, funding and placemaking – have generated consistent, but few responses. Users have posted 76 ideas since the DCMS launched the site in September 2015.

The most popular idea across the three challenges is a call for the sustainability of artists’ livelihood to be a priority, which attracted 20 votes and 6 comments.

Two users have posted ideas to the Cultural Diplomacy Challenge so far. The first poster calls on Government to implement the UNESCO Convention on the Protection of Underwater Cultural Heritage, a move they say will “promote conservation, understanding and greater public accessibility”, leading to “UK businesses participating and benefiting from related cultural activity overseas”. The second calls for Government to support more touring exhibitions featuring work by British artists and artists from other countries.

The White Paper is due to be published in early 2016.