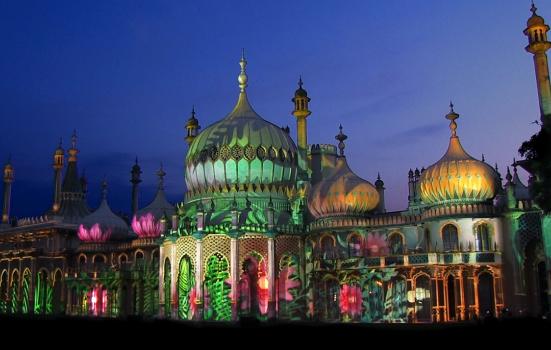 An installation at Brighton Festival in 2016.
Photo:

Major festivals are calling for further financial support, saying they are "in danger of becoming invisible" in the current economic crisis.

More than 65 directors, chief executives, presidents, promoters and chairpeople of UK festivals signed an open letter to Culture Secretary Oliver Dowden asking for a Government-backed events insurance scheme similar to that created for the screen industry.

Festivals and cultural events together contributed £11.6bn to the country's economy last year, according to the the Business Visits and Events Partnership (BVEP), an umbrella organisation for professional and government agencies working in the events sector.

BVEP estimates that £25bn and more than 150,000 jobs have been lost since lockdown began.

The letter says the public "may assume that support for hospitality and tourism attractions also benefits major events and festivals".

"But often this is sadly untrue, either for major event organisers or for theatre, music, sporting and exhibition venues.

"All of these are interdependent parts of a beloved family of renowned UK events approaching a point of no return."

More than half a million jobs could be lost from the events sector by February if no action is taken, BVEP estimates.

In a recent update to partners, Chair Simon Hughes said the Government was "allowing a world class industry in the UK to collapse before our eyes".

While he stressed the importance of continuing to advocate for a more "level playing field" with sectors that are allowed to operate under Covid-19 restrictions, Hughes gave a sardonic assessment of efforts to support the sector thus far:

"As every day brings worse news on both the economic and health fronts, what is practically being done to support us? Well, we are being asked for more data.

"Once again many of our partners responded with alacrity to help answer yet another set of questions from DCMS designed to provide an accurate overview of the state of the industry and an indication of what level of support might be required – if in fact such support might actually become available."

He said the sector needs "a rescue plan" linked to circumstances that would permit the industry to restart, and must be involved in discussions around the scientific and medical realities ahead.

Industry bodies have already stepped in to guide the way: a joint resource from the Association of Independent Festivals (AIF), Events Industry Forum (EIF) and Association of Festival Organisers (AFO) offers pratical advice on how to plan for all eventualities - or whether to plan for events at all.

It says the current requirements do allow festivals to take place.

"Recognising the potential benefits they bring for national and local recovery, there should be an inherent willingness from all partners to objectively facilitate future festivals taking place, where public health risks can be effectively mitigated."

AIF Chief Executive Paul Reed said that "risk mitigation is what festival promoters do for a living".

Hughes agreed: "The control and mitigation measures in place at our leading venues, conference centres and exhibition spaces frequently exceed the agreed [Government] guidance in both scope and detail."

Lobbying for an insurance scheme comes as more than 50 festivals receive a total of £7.6m in Culture Recovery Fund grants.

Grants ranged from £50,000 for events like Cambridge Literary Festival to nearly £784,000 for Cheltenham Festival.

AIF said that 68% of its members that applied for funding were successful, resulting in more than £5.4m of support.

A spokesperson for Edinburgh Festivals, which co-ordinated the public release of the letter to Oliver Dowden, said they did not know how many of its signatories received emergency grants.

However, the letter makes clear it's now or never for festivals, noting the long lead times they require.

"If they fall in the coming 12 months, they may not return," it says.

"This could affect not only our role as a magnet for future tourism to the UK, but also our global success in showcasing and exporting UK creative, sporting and business excellence.

"We urge the UK Government to recognise the gap, underwrite an insurance scheme for major events and festivals without delay, and address this time-critical threat to one of the UK’s truly distinctive sectors."