New guidelines have been drawn up to protect playwrights whose future work is under threat, existing work is being streamed free, and who are under pressure to accept digital work for low rates. 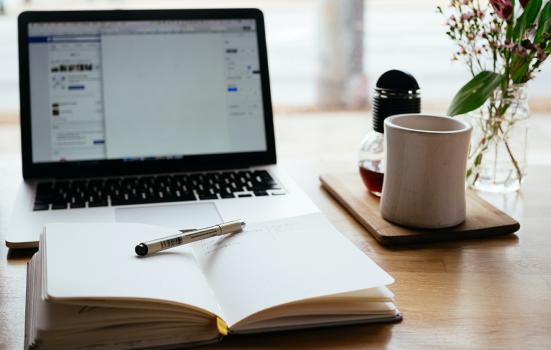 A manifesto for protecting UK playwrights for the duration of the lockdown, and the health of the theatre sector in the future, has been drawn up by the Writers’ Guild of Great Britain (WGGB). The union, whose members are professional, emerging and aspiring writers, has reached agreement with the theatre management body UK Theatre on the key proposals that include protection for working playwrights who are under pressure to accept digital work for low rates and whose existing work is being streamed free.

WGGB is particularly concerned about the impact the Covid-19 lockdown might have on the commissioning of new plays. President David Edgar highlights the “great danger that a logjam of postponed productions will combine with understandable risk-aversion to discourage theatres from commissioning new plays now, leading to a dearth of great new writing in two or three years’ time.”

The manifesto presents a series of guidelines for theatres about how to support playwrights. These have been agreed following discussions with and between playwrights about how their livelihoods might be preserved, conversations with agents, current best practice by theatres, and meetings with UK Theatre, the National Theatre, the RSC and Royal Court theatre. They supplement rather than replace the WGGB Theatre Agreements which are still in force and make it clear that no writer should be asked to return upfront fees.

The guidelines also provide a framework for behaviour around the streaming of playwrights’ work, which has become the mainstay of many theatres’ programmes during the lockdown.

While theatres are streaming recordings of previous productions without charge to audiences, many writers have been happy to give their permission for this and to waive their royalty rights. But the guidelines make it clear that “if any actor, creative or rights holder is paid, then all should be paid”, and say that writers should not waive payment for the right to stream previously recorded shows if anyone else is being paid.

If theatres use streamed recordings to invite donations from audiences, WGGB is asking them to consider dividing donation income between the theatre and freelancers, saying “writers and their agents are entitled to ask theatres to divide donation income in this way, before agreeing to waive rights”.

It also recommends that donation income to theatres is earmarked for new commissions, as Paines Plough is doing, rather than simply used to underwrite the running costs of the venue. David Edgar commented: “To stop talented writers abandoning theatre for other media, we are encouraging theatres to devote some of their donation income to new commissions, and campaigning for the setting-up of a national New Commissions fund.”