Complex rules, higher costs and visa requirements are set to place new barriers to EU artists working in the UK, even for short-term contracts or single gigs. 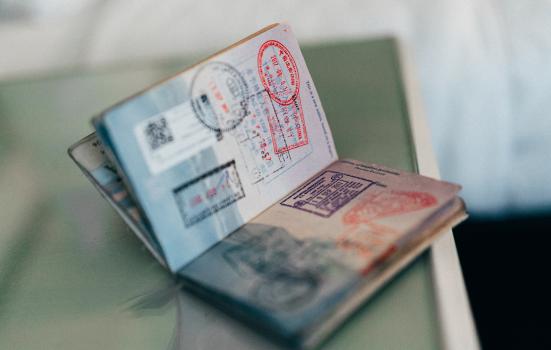 The Government’s failure to achieve free movement for creative workers as part of the Brexit deal is creating new hurdles, costs and red tape for EU artists and entertainers coming to the UK, even for short-term contracts.

While some arts organisations – especially festivals – have worked regularly with artists from outside Europe and can advise EU nationals on the new rules for gaining short-term entry, others have little experience.

There are fears growing that artists from Europe will abandon the UK in favour of simpler and cheaper destinations within the EU.

The issue was drawn into sharp focus two years ago when several authors planning to attend the Edinburgh International Book Festival had their visas refused, and Director Nick Barley warned that the “humiliating” application process would deter artists from visiting the UK.

Barley told The Guardian: “We’ve had so many problems with visas, we’ve realised it is systematic. This is so serious... The amount of energy, money and time that has gone into this is problematic. There needs to be a fix.”

His views were echoed by Womad organiser Chris Smith, who said the intention of former Prime Minister Theresa May to create a ‘Hostile Environment’ around immigration had led to artists for the first time to decline invitations to the festival.

While EU creatives won’t have to apply for a visa before they visit, because of Brexit they have lost the right to be paid anything more than "reasonable expenses" for work in the UK, unless they meet certain criteria.

To be paid a fee, an EU national must be covered by a work visa or Permitted Paid Engagement rules, which allow visitors to work for up to a month.

There is confusing advice on Government websites relating to these. Immigration rules covering visitors say "non-visa nationals can normally seek entry on arrival in the UK" while the Permitted Paid Engagement visa requirements say "you must apply online before you come to the UK."

Some festivals that invite large numbers of international performers apply to become Permit Free Festivals, which reduces the red tape facing artists. But only 41 festivals are currently on that list.

A deadline of 18th January has been set for others to register to be included for events running between April 2021 and 2022.

Barrister Geri Peterson, an immigration specialist at Richmond Chambers, assists creative workers with their applications to enter the UK. She told AP that although the very flexible regime artists have got used to has ended, the new situation facing the sector is “not as hopeless or as complicated as it might be”.

She explained: “Immigration officials are primarily interested in whether visitors will go home again, and whether they can support themselves financially. ‘Will you be a drain on the state purse or work illegally', and 'will you return home’ are the questions they are trying to answer.”

Their role, she said, is to probe the true intentions of visitors, so the onus is now on all EU artists coming to the UK to make sure they carry “immaculate paperwork” that raises no question about their motives for travel.

Visitors do not need Certificates of Sponsorship from registered sponsors - which apply to work visas - but they will need to provide evidence from the organisation which has invited them to the UK.

“For non-visa nationals – which EU nationals now effectively are - it is possible to apply to enter the UK on arrival at the border, but they should still be prepared to present their contract and a dossier of evidence about their personal circumstances and financial position.”

Ian Smith, a registered sponsor with years of experience supporting artists to perform internationally, is dismayed by the confusion being created by the new rules facing EU nationals and the companies inviting them to the UK.

He told AP: “With so many new and inexperienced staff at the UK Border Agency and some grey areas in the rules, it’s quite possible that more people will be turned away.

“By being able to prove that they can support themselves financially for the duration of their stay, and that they intend to return home at the end, artists are far less likely to face problems.”

Such is the level of unease around touring to and from the EU that Smith and others have set up a non-profit agency to help artists continue to work between the EU and the UK, sharing information on a website, and a YouTube channel.